"I'm so happy to return to my second home!": Britney Spears to launch new residency in 2019 at Park Theater in Las Vegas 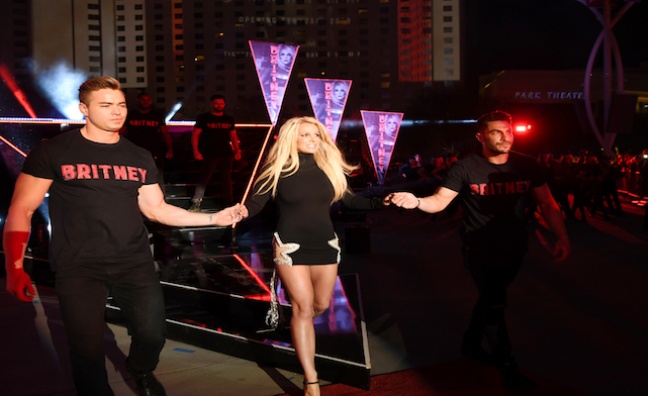 Fresh from recently wrapping up her huge European arena tour, Britney Spears has announced she will launch her new residency, Britney: Domination, at Las Vegas' Park Theater at the new Park MGM resort in February 2019. The event is being organied by MGM Resorts International and Live Nation in partnership with Citi.

The show is a follow-up to Britney Spears’ record-breaking, four-year headlining residency, Britney: Piece of Me  which opened in Las Vegas in 2013 and lasted for over 250 shows, generating more than $140 million gross revenue and selling nearly 1 million tickets.

An official press release states that Britney’s new show will “embody her strong, take-charge attitude when she returns to the city with her new show” and that it is “designed to give her fans and concertgoers an immersive experience, this show will bring them closer to the excitement than ever before as they party, dance and sing along to her amazing catalogue of hit songs.”

Speaking about the new residency, Spears said: “I am so happy to be returning to my second home – Las Vegas!” said Britney. “I’m working on a brand-new show and I’m so excited for my fans to see it! It’s going to be so much fun being back on stage and I can’t wait to perform at Park Theater.”

Bill Hornbuckle, president of MGM Resorts International, added: “Britney Spears has been a fan favorite in the pop music world and a leader in the entertainment industry for more than 20 years. We’ve enjoyed a great relationship with her team throughout the years so bringing the Queen of Pop to Park MGM, and adding her to our resident artist lineup, is exciting for me personally as well as for our company. We look forward to her grand opening in February when her fans will rock Park Theater.”

Tickets to Britney: Domination at Park MGM will start at $79 (including applicable service charges and fees) and go on sale Octover 26 at 10 a.m. PT.

You can see the full  2019 performance dates below:

Subscribers can read Music Week’s full Britney Spears UK tour August cover feature here and find out the stories behind some of her biggest hits from their songwriters here.