'I'm trying to start an empire': Mist on his plans for music biz domination 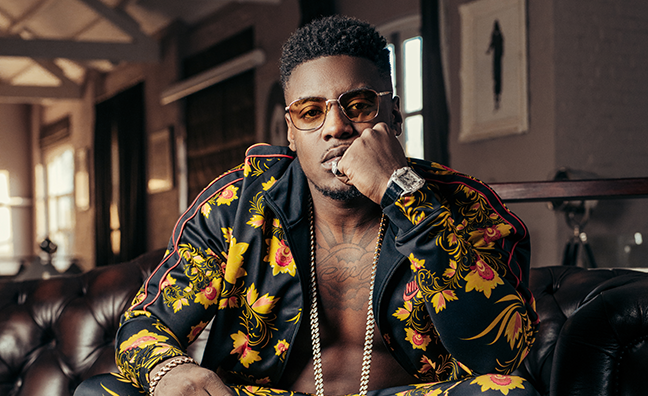 Birmingham rapper Mist has told Music Week of his plans to build “an empire” through music.

Mist, who stars in On The Radar in the latest issue of Music Week, is at No.4 in the latest midweeks with new EP Diamond In The Dirt.

Currently on 6,882 sales, the EP came out via the rapper’s Sick Made Records, which is signed to Warner Bros.

“I had a few talks with other people, but it wasn’t so much what I wanted, I didn’t want Mist to get signed, I wanted Sick Made Records to get signed, it’s a joint venture where we’re both going to benefit,” he said.

Mist, who appeared on J Hus’ Common Sense album last year, added: “My vision is, I’ve always wanted to sign people, to give someone that chance. The deal means I can start opening doors for other people and Sick Made can build as a brand. I want it to be where Warner is, for instance. I want you to have this conversation with an artist who’s just done a deal with Sick Made. I want my brand to be up there.”

Mist’s first UK tour sold out within half and heads out on the road again next month. He scored his first Top 40 hit with Game Changer (27,274 sales, OCC), which was streamed two million times on Spotify within a week.

“It’s the start of something great,” he told Music Week. Hopefully Sick Made Publishing will be coming soon too. I’m trying to start an empire, I want to be signing and publishing people. Longevity is what I’m trying to do.”