'I've got more respect from the industry': Olly Murs ushers in a new era 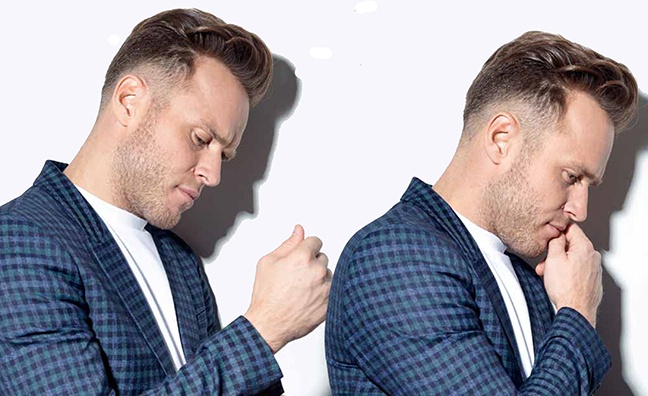 Olly Murs has said that his role as a judge on BBC One’s The Voice means he has “more respect from the music industry”.

Murs is preparing for the release of his sixth album, You Know I Know via RCA on November 9 and stars on the cover of the new edition of Music Week to tell the story of how he’s entering a new era of his career.

“It freshened things up and reignited a bit of a buzz,” said the former X Factor contestant of his first series as a judge on The Voice. “I’m able to help people, give them a guide or helping hand. That was a really powerful thing to be able to do. I was really grateful.”

However, the singer acknowledged a backlash from some areas, despite his stature as a million-selling recording artist.

“In the world of social media and press, people write things and say, ‘How does Olly deserve a place on the panel?’ I saw a few comments like that,” he said.

Murs refuted such claims, telling Music Week: “There is a reason I’m there, I’ve had 10 years in the industry. I didn’t come from a YouTube channel or being scouted, I’ve come from these shows so I know exactly the journey they’re gonna go on, how it feels.

The industry can see I know what I'm talking about

“I’m able to show them that this is the success you can have if you do it the right way. You need so much luck, I can only give so much information, I can’t make a record company sign you.”

Murs added that The Voice “has given me a bit of credibility” and that “it’s nice to be taken seriously as an artist”.

“I’ve always been that guy from The X Factor, even though I’ve had all the success,” he continued. “But people look at me slightly differently. I’ve got a bit more respect from the industry, they can see I know what I’m talking about, I’m not just a puppet that did karaoke songs on The X Factor.”

Murs’ comeback single Moves features Snoop Dogg and has been playlisted at BBC Radio 2 and Capital. It is currently in the UK Airplay Top 5.

“I’m a singer, entertainer and a songwriter. I write songs, I perform them, I’m really heavily involved in my career and it’s nice to feel that respect,” he said. “Whereas three or four years ago people were like, ‘It’s that guy from The X Factor who used to wear a stupid hat,’ you know?”

Read the full story, with more on the album and exclusive insight from RCA UK president David Dollimore and Modest! Management co-founder Harry Magee on their plan for Murs, in the new issue of Music Week.

Subscribers can read it in full online here.

Look out for more on Olly Murs on musicweek.com throughout the week.