'I've got to take it in my stride': Sam Fender looks ahead to 'classic' debut after BRITs win 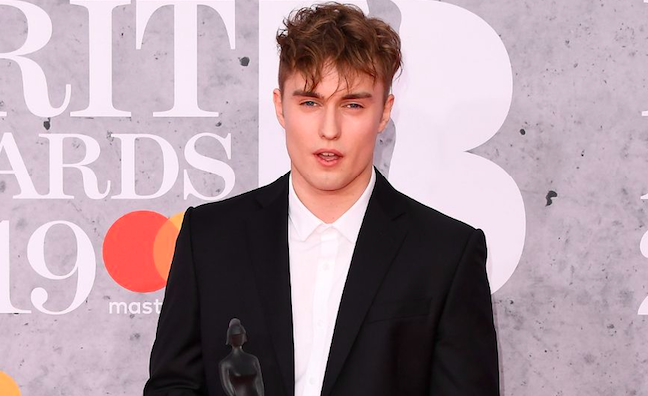 Sam Fender has promised a “classic” debut album in the wake of winning the BRITs Critics’ Choice Award.

Fender rubbed shoulders with the music business at last night’s ceremony, and stars in the latest issue of Music Week, out now. The North Shields singer and songwriter beat Lewis Capaldi and Mahalia to win the Critics’ Choice trophy. He follows last year’s winner Jorja Smith.

“I’ve got to take all this in my stride, it’s very overwhelming for me and very strange,” Fender said.

“I am just a kid from North Shields and I always will be. A kid from any town around the UK would find this very nauseating and very overwhelming. It’s crackers, aye.”

Reflecting on his win, Fender, who appeared on Later… With Jools Holland last year, said: “It’s amazing, because it means people thought I was the one that deserved it. However, I never set out to be anything other than the artist I wanted to be. It’s wonderful that I’ve won, but all I want is to sell enough albums to keep doing this.”

Sam has that powerful combination of true artistry and ambition

Fender also acknowledged that his guitar-led sound and background – he self-released debut single Play God independently – mean that he represents a different proposition for Polydor.

“For a lot of years, Polydor have had predominantly big pop acts, I’m not the classic thing they would go for, we’ve done this very DIY so far,” said Fender. “They never really signed me to be that artist. They were happy with me being someone that brings out albums and does reasonably well with that.”

The major scooped the A&R Award at the Music Week Awards last year, and co-president Tom March has high hopes for Fender.

“Sam has that powerful combination of true artistry and ambition,” he said. “He’s utterly authentic and is in that great lineage of artists that only the UK produces, with the potential to connect with audiences on a global level.”

Looking ahead to his debut album, Fender said: “It’ll be a classic debut in the sense that there’s a lot going on, that’s the beauty of it. Some of it is really embryonic and raw and youthful and a bit naïve. That’s what it should be.”