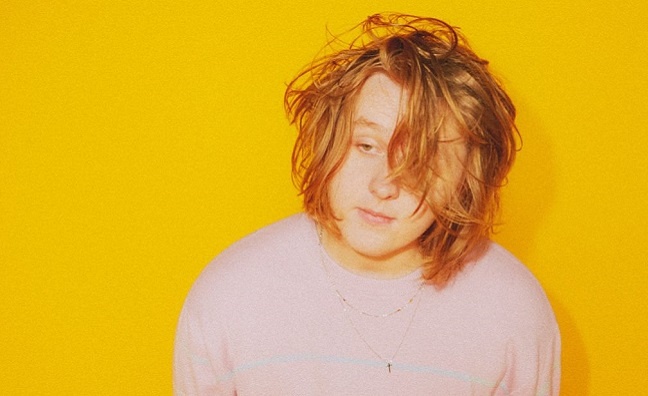 Later this week, the winner of the BRITs Critics’ Choice Award 2019 will be unveiled, and finalist Lewis Capaldi has been looking ahead to the coming year with Music Week.

Propelled by the success of breakout track Bruises – which has 171,488 sales to date, according to the Official Charts Company – Capaldi recently sold out two nights at Barrowlands in Glasgow, close to his hometown of Bathgate.

The singer also graduated from The Waiting Room in East London to O2 Shepherd’s Bush Empire in 12 months.

“The live thing took off a lot quicker than I was expecting,” Capaldi told Music Week, in an interview for On The Radar. “Up until now I’ve felt I needed to catch up, it picked up a lot of speed before I was ready, before we had a live show that was on point. This is the most confident I’ve ever felt with a live band.”

Capaldi also spoke about his upcoming debut album, due via Virgin EMI next year, highlighting the fact that he’s working in multiple locations with a varied cast of collaborators, including Frank Ocean co-writer Malay and James Earp, who worked on Bruises.

“I’ve not recorded it with one person. It’s amazing to get different ways of looking at my music,” Capaldi said. “It keeps things fresh. In hip-hop and rap, how often do they work with one producer? Hardly ever. It’s been really exciting doing it that way, going to amazing places.

Capaldi revealed that his approach was designed “not to limit myself”.

“The album encapsulates how hectic it’s been, I‘ve been home for two weeks of the last year. I want to get that across in the most cohesive way possible. It’s helped me up my game and improve as a songwriter and a singer.”

Read the full interview with Capaldi, who is nominated for the Critics’ Choice award alongside Mahalia and Sam Fender, here.