'I want to get back to the top of the charts': John Newman talks career revival 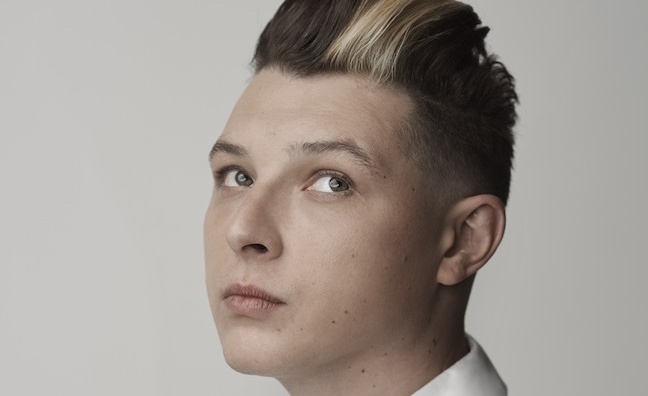 John Newman has told Music Week that he almost quit the industry.

Newman recently appeared in Music Week’s regular Hitmakers feature discussing his chart-topping 2013 debut single Love Me Again, which has sales to date of 1,162,825, according the Official Charts Company.

But Newman admitted he has struggled over new material as he attempted to emulate his early success with co-writer Steve Booker.

“This is the thing about when you spend two years banging your head against the wall and telling your manager you’re going to quit,” he said. “Once you’ve got that out your body, you release the pressure. So for me, what comes with that is a humbleness, a realisation and basically I look at my career and go, ‘Right, where do I stand before I release new music?’”

Newman’s last chart entry was 2016’s Sigala collaboration Give Me Your Love.

At a time when debut artists are holding off releasing an album until they are confident it will connect, Newman said he was staying focused on singles to restore his commerical position.

“I don’t just want to release an album and it flops, because after you’ve been through quite a negative period the last thing you need is to release an album that feels good to me and everyone else disagrees,” he said. “I want to put singles out. I want to get back to the top of the charts and then I want to start releasing an album off the back of that.”

He recently returned with the single Feelings (Island), which has passed more than a million UK streams but has yet to make a chart impact. Newman said the success of George Ezra and Mark Ronson meant that he felt newly confident about the audience for his music in the streaming era.

In 2013, Newman’s debut album Tribute landed at No.1 and has sales of 337,386 (OCC). The follow-up, Revolve, peaked at No.3 in October 2015 but has less impressive career sales of 43,983. The Yorkshireman’s sophomore album was recorded in LA with seasoned session musicians.

“I think LA was a bit shiny shoes and posh cars, rather than me,” said Newman. “It maybe should have been an album that I did in 10 years when I had the freedom to experiment a bit, that’s my only doubt about that album.

“I’m happy to say that now I’ve got to the position where I feel like simplicity is key, this is probably the simplest music I’ve ever made and the reaction has been the best I’ve ever got so far. It feels like the pressure around my songwriting is gone and I’m just making music that feels good to sing and enjoy listening to in the car. There’s no complexities. I’m not trying to show off. I’m not trying to be clever, I just want to make music that feels good now.”