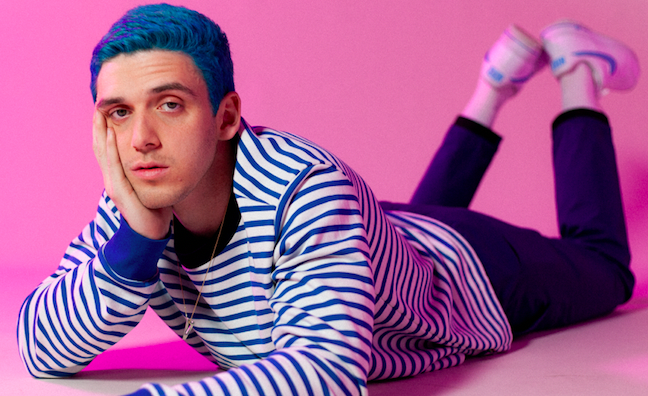 Lauv has told Music Week that he has big plans to launch his own label.

The Los Angeles-based artist (real name Ari Leff) stars in On The Radar in the new issue of Music Week, while his Troye Sivan collaboration is currently at No.12 in the singles chart. Its peak so far is No.8 and with 196,625 sales according to the Official Charts Company, it is Lauv’s first Top 10 in the UK.

Leff told Music Week that he’s hard at work on his debut album, while concentrating on widening his net ever further beyond his solo work.

“The big thing is working on the record,” he said. “I’m getting things together for my own label and announcing more tour dates. I want to get in and collaborate with other artists and make music for other people as well.”

“Artists can be self-sufficient, and at AWAL it’s a unique team for every artist,” said Leff. “The infrastructure is there to execute everything, it allows it to be my own label, my own brand, I’m actually developing a label, I haven’t launched it yet but I’m really excited about it. AWAL gives me freedom to do things the way I want to.”

Lauv released a playlist project, I Met You When I Was 18 (The Playlist) last year, while his biggest song so far is I Like Me Better, which has more than 670 million Spotify streams.

“My musical approach is pop in that I want to unify people across the world, but everything else, the visuals, the way we’re going to be releasing everything is very non traditional,” Leff said.

The singer also spoke about the significance of brands in modern pop music, saying, “At the same time as being very important, it can also be restrictive”.

The best artists are the ones just being themselves

“Now, on social media, the best artists are just being themselves,” he continued. “When people are being themselves they have their own brand, it’s your own personality. A brand can be a colour scheme or the way you talk, anything, for example, the colour blue is always going to be something that’s important to me, I just love the colour blue.”

Read the full interview online here on in the new issue of Music Week, out now.