'If not now, when?': George Ezra talks what happens next 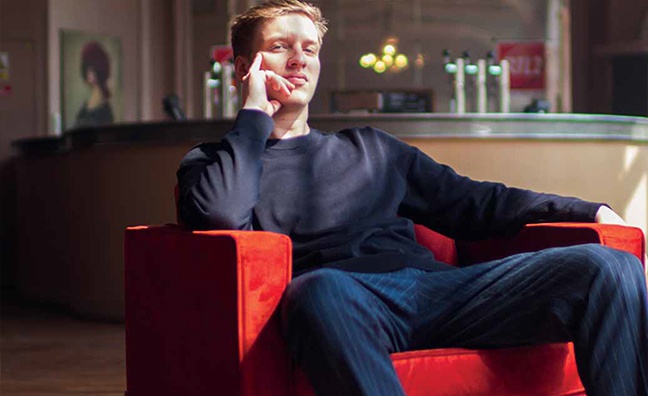 Music Week's Artist Of The Year George Ezra has given an insight into his future plans as his second LP, Staying At Tamara's, continues to ride high in the charts.

The Columbia-released album, which was released back in March, is No.3 in the latest midweeks and will be officially certified double platinum on Friday after passing 600,000 sales.

Ezra, who graces the cover of our special Christmas double issue, heads out on his first full UK arena headline tour in the spring and tops at the bill at SJM Concerts' Neighbourhood Weekender in Warrington in May.

With his profile growing on a global scale, the 25-year-old singer told Music Week of his plans to build on the campaign's momentum.

"There’s that thing of, ‘If not now then when? Make the most of it,’" he said. "I’m so happy with how broad our audience is. Every night, without fail, there are kids at the front; they go on to students; they go on to young couples; they go on to families and to me that’s a good thing, I enjoy that."

I'm so happy with how broad our audience is

Hertford-born Ezra hit No.2 in early 2018 with Paradise and went one better with Shotgun, his first chart-topping single.

"My one goal at this point would be to have another album that gives me two or three more songs to make the live set a singalong," he said. "That’s the bit I love."

Ezra, whose debut LP Wanted On Voyage had moved in excess of 1.3 million copies, said his mind had already turned to what album No.3 might sound like.

“At the minute I’m definitely not at a point where I want to reinvent the George Ezra wheel," he said. "I’m sure at some point I’ll want to flip it on its head and try something else, but at the moment I still feel like it’s really early in my career.”