'If your song is good, it will connect': Hardy Caprio praises streaming impact 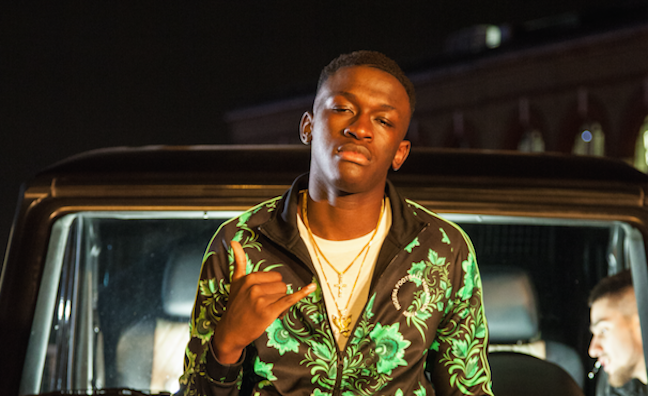 Hardy Caprio has praised the “database” streaming platforms have given to the UK rap scene as his current single Best Life climbs the Top 40.

Best Life, which features Caprio’s previous collaborator One Acen, placed at No.36 in Wednesday’s Midweeks with 7,860 sales and is poised to finish higher still in today’s final standings.

Caprio’s Rapper previously peaked at No.34 and has sold 169,601 copies to date according to the Official Charts Company.

The South London MC burst into public consciousness after his Unsigned hit – which also features One Acen – was picked up by Spotify’s Austin Daboh. It has gone on to accumulate more than 31 million streams on the platform.

“All the streaming platforms enable us to do so much better. Spotify in particular changed my life, Austin was one of the first people to take a punt on me basically and put me in a playlist that I wasn’t particularly meant to be in,” Caprio told Music Week.

“Streaming platforms allow our music to be easily found, it’s given the scene a sort of database that we never initially had. Some of us probably don’t even understand how much of a blessing it is to be part of UK urban music right now,” he added.

Streaming platforms allow our music to be easily found

Addressing his rise, which has coincided with the completion of a university degree, Caprio said: “It’s always been difficult to stand out, I think nowadays you have way more opportunity, if your song is good, it’ll connect.”

Caprio is co-managed by A2i Group’s Ashley Lauder and Archie Lamb and is signed to Virgin EMI.

“I try not to be obsessive about it but I’m very much in the loop of my business so I do know the numbers, but that’s just to understand why the numbers are where they are,” he said.

Of his relationship with Virgin EMI and president Ted Cockle, he added: “I’ve got a great thing with Ted, he’s noticed, if it’s not broken don’t fix it, he’s noticed that I’m very self-aware and conscious of the moves I make. Rather than go against it he’s facilitated and allowed me to carry on in that particular trajectory.”