In with the new: The industry's favourite new acts for 2019 Pt 2 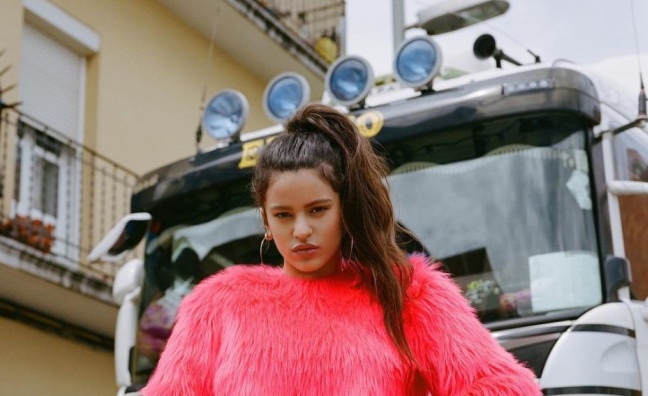 We've been talking nothing but new music at Music Week HQ of late and, this week, Grace Carter and Freya Ridings star on the cover of our stars of 2019 issue.

Inside the magazine, we wax lyrical about 19 artists in all (see what we did there?), but it wouldn't be January if we didn't canvass the music business for their hot tips for the year ahead.

Part one of our executives tips is available here, now get busy scrolling through the second installment below. Here's to a New Year full of new sounds...

Chris Price, head of music, BBC Radio 1 & 1Xtra
"From the UK, Sam Fender – a true artist with something important to say. Internationally, Rosalía has the potential to be our next global superstar."

Caroline Simionescu-Marin, A&R manager, XL Recordings
“Lil Berete, he’s 17 and the hottest rapper coming out of Toronto. If you haven’t checked out his tape Icebreaker now would be the time to do that.”

DJ Target, DJ, BBC Radio 1Xtra
“Hamzaa. She’s just turned 20 and is from Hackney in East London. From the moment I heard her voice, I was a fan. Her writing is so mature for someone so young and the voice she has is just impeccable. I’m predicting only big things.”

Jane Arthy, VP, radio, Warner Bros
“L Devine. She’s released 2 EP’s so far - perfect pop tracks with smart relatable lyrics and provocative visuals layered on them. She’s got something to say and she is going to say it.  She’s one to watch for sure.”

Joseph ‘JP’ Patterson, senior editor, Complex UK / Founder, Trench Magazine
“This one might surprise a few, but I think that Mahalia, the rising R&B-soul singer from the Midlands, has a great chance of doing very big things. She’s already getting love from across the pond, so it’s only a matter of time before she breaks through on every level. Her latest EP, Seasons, is top class.”

John Mulvey, editor, Mojo
“There’s a fantastic young band from just outside New York called Garcia Peoples, who work as a sort of Deadhead jam band for people who grew up on Pavement. Their second album is due in the spring. And then, out of all the emerging London jazz acts, I think Nerija might be something really special; they share a few members with Maisha, whose There Is A Place has been a big record for me these past few months.”

Roberto Neri, director, Downtown Music UK
“I'm very excited about a few of our recent artist clients breaking through in 2019, including Mae Muller who post signing to us, signed to Capitol Records.”

Jane Third, chief creative officer, PIAS
“Westerman is the first signing to the reboot of the Play It Again Sam label. He’s a unique songwriter, mesmerising performer and stunning vocalist. He has the full package and with his production partner Bullion, they’re finding something magical and original in the sounds they are making.”

Sammy Andrews, CEO, Deviate Digital
“Gold Key are incredible - members of Gallows, Sikth, Nervous and Spycatcher championed by Dan Carter and many others. They just finished their second album and it’s currently looking for a home. Their debut album was Album Of The Year 2017 for Paul Brannigan in both Planet Rock and Kerrang… Album two is going to blow peoples socks off.”

Tim Heineke, founder, I Am Pop
“Obongjayar. Could make the next big soul/crossover album. Has got it all, so catchy. Expecting big, big things from him.”

Harriet Moss, managing director, Manners McDade
“I’m really excited for another Snow Ghosts release. It was a real highlight of last year to win a Music Week Sync Award with them this year, and they are on fine form.”

Dominic McGonigal, chair, C8 Associates
“Sheku Kanneh-Mason. He is the young cellist who won BBC Young Musician Of The Year and, through a potent mixture of charisma, sheer brilliance and performance magic, has the ability to make classical music exciting to people who would never dream of buying a classical album.”

Hugo Turquet, SVP publishing A&R, BMG
“FKJ - not strictly new but he will be to a whole new audience in 2019. Incredible multi-instrumentalist singer grooving from his Philippean base.”

Andy Varley, president, Insanity
“Joy Crookes. At a time when we are lacking British female artists with a voice to match the artist identity, Joy is going to turn heads in 2019.”

Alice Beal, GM, Insanity
“Lennon Stella. She’s already been gathering some attention as the gorgeous girl performing alongside Liam Payne on Jonas Blue’s Polaroid. With a debut EP already out, people were obsessing over her mesmerising vocals for much of 2018. She’s the queen of social media, has impeccable style, and with some brilliant pop records to come next year she is everything you want to see in a modern pop star.”

Steph Wilkinson, senior radio promotions manager, Columbia
“I’m lucky to work with lots of artists I’m genuinely excited about, one of the newest is a young woman called Koffee - 18 years old from Jamaica, she’s making some of the most contemporary and unique music I've heard in ages. Watch this space!”

Dorothy Hui, VP Digital, 4th Floor Creative, Sony Music
“I’m most excited about Au/Ra for 2019. She’s charismatic and extraordinarily poised for her years, with the songs and creative spirit to enchant and excite a generation. I’m looking forward to what the next year holds in store for her.”

Jon Barlow, founder, 3 Beat
“Callum Beattie. He has spent two years writing his debut LP. Its release date seemed eons away when the process started but that date will soon be here.”

Mark Dowling, director, Absolute Label Services
“Ay Em, Ferris & Sylvester or Fiona Bevan - can’t decide! But the reason for all of them would be that they are trying to do something different in their own way.”

Sarah Liversedge Platz, director, creative A&R, Bucks Music Group/MD, BDI Music
“Life. They are awesome. I signed them to Bucks at Reeperbahn. Their message in their music and lyrics is of the moment and political. They are currently working on their new album and supporting the Idles’ sell-out tour in 2019 for UK/Europe.”

Simon Pursehouse, global director of music services, Sentric Music
“Another Sky. Responsible for one of my favourite gigs of the year, any act which puts on a show as solid as that in front of 15 wet scousers on a rainy Sunday night gets my vote. Their track Avalanche has been on rotation in the Sentric office for months now and I’ve got giddy knickers over what’s coming next. Think Radiohead meets Everything Everything and you’re on your way.”

Cassandra Gracey, president, 4th Floor Creative, Sony Music UK
“Rosalía. What a delight to watch live. She will continue to blow up in 2019. If you haven’t seen her EMA performance, it’s worth checking out. If you were lucky enough to get into Village Underground recently, you too will be a believer. There also happened to be thousands lining up in the street. She said to us she wants to do The O2 within two years – I think she can.”

Tyler Brown, MD, Syco Music
“Prettymuch. They’ve just finished a sell-out headline tour in the US. The fan reaction was incredible! I saw them in Atlanta a few weeks ago and it reminded me of the early One Direction shows. I can still hear the screams, ha!”

Victoria Needs, director of UK international marketing, Sony Music UK
“Octavian. He’s in his own lane and the world is ready to listen to what he has to say. I’m really interested to see how Serine Karthage develops over the next year.”