Inside the BRITs 2017 Album Of The Year nominees: Michael Kiwanuka, Love & Hate 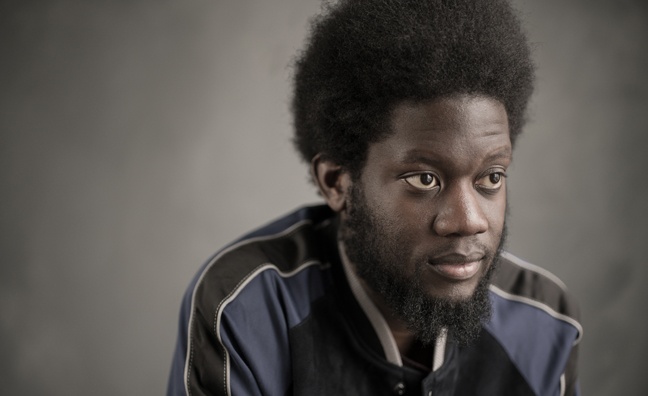 With the 2017 BRIT Awards almost upon us, Music Week is taking an in-depth look at this year’s BRITs Album Of The Year nominees.

Up for the coveted award this year are David Bowie’s Blackstar, Kano’s Made In The Manor, Skepta’s Konnichiwa, Michael Kiwanuka’s Love & Hate and The 1975’s I Like It When You Sleep, For You Are So Beautiful Yet So Unaware Of It.

Tom March: “I know second albums are supposed to be difficult, but not when they make them this good! I listened to the album and was like, It’s a fucking masterpiece. I genuinely think that this album will be remembered in 100 years, it’s one of the greatest albums to come out of this country in a very long time.

“He’s a phenomenally important artist with something to say. We’re blessed to have him on the record company, we absolutely love him and he deserves everything that’s coming his way. He is as good as it gets for a British artist.

“The reaction to the music when it went out the door was actually the driver [for the success]. It was almost an old school groundswell of people being absolutely blown away. It’s not about tricks with Michael, it really was the music he created and people talking about it that was the moment for this record.

“Being recognised amongst those other fantastic albums at the BRITs helps to get awareness of him and his music out there. Getting that recognition helps us take him to the mainstream and make more people discover his music. Because he doesn’t get support in all the broad areas [of media], having these kinds of looks is really important.”

Ben Mortimer: “With the time he took to make the album, he definitely gave himself a handicap, but the minute anyone heard the Danger Mouse productions we knew, This is something special. We always knew it was great, you just wonder if it’s going to connect, but the music was so strong, we were always pretty confident.

“I don’t know if there were key moments in the campaign, but having a No.1 record was a great statement. It just became one of those old-fashioned, word-of-mouth records that you really have to have. There wasn’t an explosive moment.

“I saw him the other day and I know, on a personal level, he was absolutely over the moon about the BRITs nomination. It makes him feel confident and validated and I know he’s using that to push on really quickly and make some new music. He’s on that already. It won’t be five years this time.”