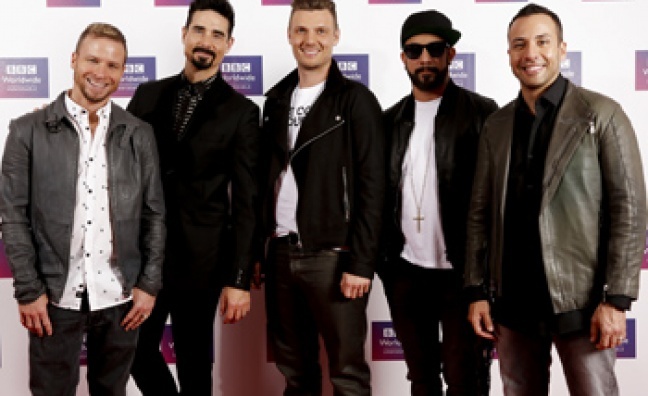 Topping the UK chart for the first time in their career with sixth album Amo ending the reign of The Greatest Showman, the Yorkshire metalcore quintet Bring Me The Horizon also debut at No.2 in Flanders, No.3 in Germany, No.9 in New Zealand, No.12 in The Netherlands, No.15 in Ireland, No.16 in Sweden, No.19 in Norway, No.20 in Italy and No.22 in Wallonia.

Backstreet’s Back: On active duty again after a hiatus of more than five years, Backstreet Boys’ ninth studio album, DNA, is off to an excellent start – especially in the three markets that the IFPI has adjudged the biggest in the globe: The USA, Japan and Germany.

It becomes their first No.1 in their US homeland since 2000, and it is already up and running in the other two, debuting at No.2 in both. It almost became their sixth No.1 album in Germany but was eventually pipped at the post by 44-year-old local rapper Dendemann, who earns his very first No.1 with Na Dich Für!

Rudimental topped the UK album chart with their first two albums but their third, Toast To Our Differences was way off the pace this week, and had to settle for a No.5 debut. It also makes a lesser impact overseas, with its first batch of international positions showing it debut at No.20 in New Zealand, No.31 in Ireland, No.66 in Flanders and No.68 in The Netherlands, while missing out altogether in some countries where their first two albums charted.

London singer/songwriter James Blake’s fourth album, Assume Form, retreats from its debut position in nine of the 10 territories in which it impacted last week, with only Wallonia – where it rises 97-69 – bucking the trend. In new chart action, it becomes his highest charting album to date in Canada (No.8) and The USA (No.21), while also opening at No.7 in Denmark, No.9 in Switzerland, No.16 in Austria, No.22 in Australia, No.60 in France and No.61 in Spain.

Rapper Future has secured his anticipated sixth No.1 in The USA and fourth No.1 in Canada with his new album, Future Hndrxx Presents: The Wizrd. The album, whose debuts in 10 other countries was documented here last week, is in retreat in all of them but now adds debuts at No.10 in Switzerland, No.14 in Denmark, No.26 in France, No.27 in Austria, No.33 in Australia, No.46 in Finland.

Lady Gaga & Bradley Cooper’s A Star Is Born soundtrack is No.1 again in Denmark and New Zealand but falls 1-2 in Switzerland, while Queen’s Bohemian Rhapsody soundtrack is unmoved atop the chart in Argentina, Australia and The Czech Republic. The Greatest Showman soundtrack, meanwhile, is No.1 in Ireland for the 21st time in a 57 week chart career.