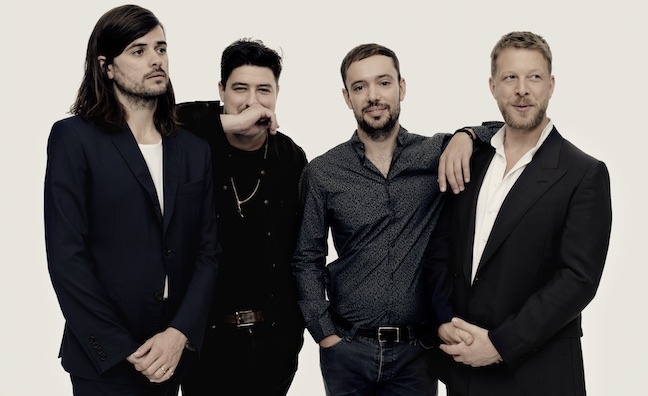 Britain was in sync with that fact, with Bublé’s Love opening at No.1, Mumford & Sons’ Delta at No.2 and Little Mix’s LM5 at No.3.

Elsewhere, Mumford & Sons seemed to have the better first slate, with Delta becoming their third straight No.1 in the Netherlands and their first No.1 in Sweden, while debuting at No.3 in Flanders and Ireland, No.4 in New Zealand, No.5 in Germany, No.6 in Norway, No.18 in Italy and No.30 in Wallonia. The band also debuted at No.1 in the US with 230,000 equivalent album units - the biggest week so far this year for an alternative rock album.

For his part, Bublé’s Love is less intense elsewhere than in the UK, with initial debuts at No.2 in New Zealand, No.4 in Ireland and The Netherlands, No.5 in Flanders and Italy, No.6 in Germany, No.12 in Argentina, No.13 in Wallonia, No.15 in Argentina, No.27 in Sweden and No.31 in Norway.

Trailing some distance behind these three in The UK, Mark Knopfler’s ninth regular solo album, Down The Road Wherever, debuted at No.17 – but it becomes his seventh No.1 in Norway, and also debuts at No.2 in Sweden, No.5 in Germany and The Netherlands, No.7 in Flanders and Italy, No.10 in New Zealand and Wallonia, No.20 in Ireland.

For those keeping count, that means that 69-year-old former Dire Straits leader Knopfler has more Top 10 debuts to his credit this week than the other three.

Of course, these charts only tell part of the story, and all four of the above will have another slew of debuts a week hence when the less speedy chart reporters get their act together.

No.1 in The UK, The Netherlands and Wallonia last week, when it also charted in eight other territories, Muse’s sixth studio album, Simulation Theory, is in decline in all, but now debuts at No.1 in Switzerland, No.3 in Austria, Canada, Finland and France, No.4 in Hungary and Spain, No.5 in Croatia, No.7 in Australia, No.9 in Argentina and The Czech Republic, No.11 in Slovakia, No.12 in USA, No.13 in Greece and Poland, and No.16 in Denmark.

The Beatles’ eponymous 1968 album – aka The White Album – dives 1-29 in Sweden and slips less dramatically in a further nine territories in which it debuted last week following the release of expanded 50th anniversary editions. But those same new editions precipitate further re-entries at No.4 in Austria and Denmark, No.6 in Switzerland and the USA, No.7 in Spain, No.8 in Finland, No.9 in Canada, No.10 in Australia, No.13 in Argentina, No.18 in The Czech Republic, No.30 in Greece, No.33 in Hungary, No.44 in Poland and No.94 in Slovakia.

Brighton metalcore band Architects scored their second Top 10 success and highest charting album to date in Germany, where their eighth release, Holy Hell, opened at No.7 last week. It also debuted outside the Top 10 in a further five countries, and now shows up at No.8 in Australia, No.13 in Austria, No.17 in Switzerland, No.34 in Finland, No.72 in Canada, No.89 in the USA and No.108 in France.

Las Vegas band Imagine Dragons’ fourth album, Origins, was No.2 in both Norway and Sweden, and Top 10 in eight other countries last week. Now in retreat in these, it has a great second wave of debuts, opening at No.1 in Canada and Slovakia, No.2 in Austria, Czech Republic, Switzerland and USA, No.4 in Australia and Finland, No.5 in Argentina and France, No.6 in Denmark and Spain, No.7 in Poland and No.10 in Hungary.