International Charts Analysis: New Mamma Mia OST off to a flying start around the world 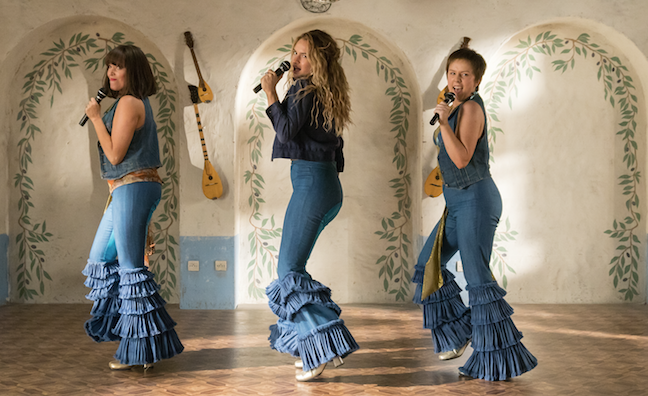 How can we resist it? Truth to tell, we can’t, which is why the Motion Picture Cast Recording of Mamma Mia! Here We Go Again enjoys a banner week on charts around the world.

Different deadlines apply in different territories, so while Mamma Mia! Here We Go Again is debuting in some charts, it enjoys impressive second frames in others.

The cinematic success of Mamma Mia! Here We Go Again – which is a major box office hit around the world – drives not only sales of its own soundtrack but also those of the original Mamma Mia soundtrack from 2008, and all Abba catalogue, most notably the Gold: Greatest Hits set. Both are present and climbing in charts around the globe, a respectful distance behind Mamma Mia! Here We Go Again.

No.1 in a dozen countries last week, Drake’s Scorpion continues at the summit in Canada, The Czech Republic, Denmark, Norway, Slovakia and The USA but slips 1-2 in Australia, Ireland, The Netherlands, New Zealand and Sweden and 1-3 in The UK. Elsewhere it has a mixture of gains and losses, moving 11-2 in Italy, 2-2 in Flanders, 3-3 in Wallonia, 5-4 in France, 2-3 in Finland, 8-10 in Austria and 8-13 in Germany while re-entering at No.40 (a new peak) in Spain, and debuting in South Korea (No.72). In Japan, where Drake’s 2016 album Views reached No.97, last year’s More Life failed to chart, and Scorpion is also a no-show at this stage. The album has also failed to dent the chart in Croatia, Greece and South Africa.

Finally, we mentioned 23-year-old London-born, New York-based Ella Mai’s US success last week. Her EP, Ready, suffers slight slippage on the Top 200 album chart this week, falling 29-36 but from it the track Boo’d Up appears on a cluster of singles charts. Most notably, the Hot 100, where it remains at No.5 and the Hot R&B Songs chart where it has become the first No.1 by a UK act since 1992, when Lisa Stansfield topped the same list with All Woman, having done so earlier with All Around The World (1989) and You Can’t Deny It (1990).