International charts analysis: The Carters off to strong start in global markets 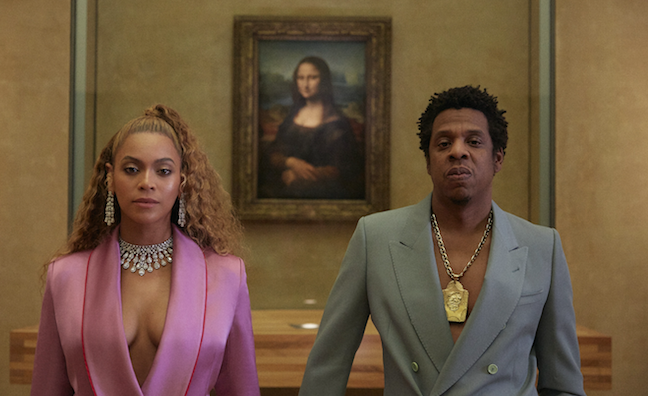 The latest in what has been a succession of major urban releases – mostly rap – dropped last Saturday (June 16), without notice. It was of course, Everything Is Love, by The Carters, aka Beyonce and Jay-Z.

Not available physically, the album nevertheless gets off to a good start, making high debuts in most of the countries in which a new chart was released on Friday, June 22), entering at No.4 in The Netherlands, No.5 in The UK, No.8 in Flanders, No.10 in Ireland, No.11 in Norway, No.12 in New Zealand, No.14 in Sweden, No.21 in Italy, No.23 in Germany and No.28 in Wallonia.

Even Xxxtentacion is trailing Post Malone in some territories with the latter’s Beerbongs & Bentleys set still in the Top 10 in 20 countries, which remains at No.1 in Denmark for the seventh time and Norway for the sixth time, while climbing 2-1 in both Canada and New Zealand.

With the title track turning into a global smash, Youngblood – the third album by Australian pop/punk band 5 Seconds Of Summer – is also up and running and actually makes a better start than The Carters’ album, with debuts at No.1 in Argentina, No.2 in The Netherlands and New Zealand, No.3 in Flanders, Ireland and The UK, No.4 in Mexico, No.5 in Italy, No.6 in Germany and Norway, No.14 in Wallonia and No.15 in Sweden.