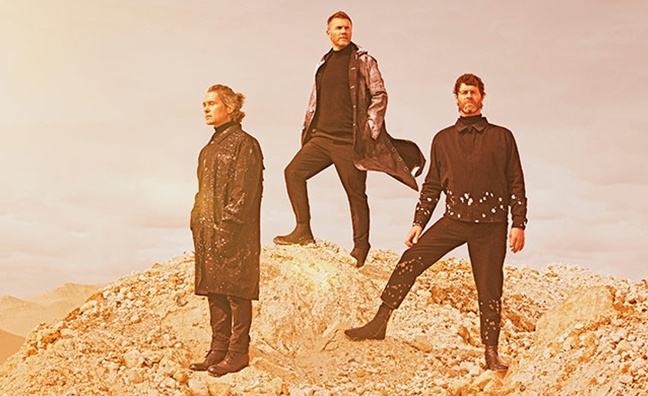 BPI and BRIT Awards chief executive, Geoff Taylor, has told Music Week that Take That’s big Q4 sales can give the whole sector a boost in the crucial final weeks of 2018.

The band’s reimagined greatest hits, Odyssey, scored first week sales of 105,721, according to the Official Charts Company. It was the first artist album of 2018 to pass 100,000 units in a week and easily outgunned Arctic Monkeys’ Tranquility Base Hotel & Casino, which had a seven-day tally of 86,359 earlier this year.

“The fact that Take That have the fastest-selling artist album of the year is a testament to the quality of the songwriting and the breadth of their appeal,” said Taylor. “It was another great campaign by Polydor and it is very positive for the market as a whole. It gets people back into streaming services, it gets people into stores which, in Q4, is important. It gives a boost to the whole sector.”

“They’re an amazing band who have a connection with the British people unlike any other,” said Taylor. “Over the years, Polydor and Universal have just had an incredible partnership from Take That and I think everybody can learn from it. It’s absolutely amazing.”

Polydor’s D2C pre-order campaign was the biggest Universal has ever achieved. It helped Take That rack up huge physical sales, which eventually reached more than 95,000 in week one.

“We’re dealing with one of Britain’s most treasured bands who, over the course of 30 years, have consistently evolved, not just sonically but visually, and in so doing have taken their existing audience with them while winning over new generations of fans,” said Tom March, co-president, Polydor.

Odyssey is set to benefit from more media appearances by the band, including ITV’s The Royal Variety Performance, a BBC One documentary Take That And Us and a BBC Radio 2 special on Christmas Day.

“We’re already having an excellent Q4 now with Take That and other recent No.1s Mamma Mia 2, A Star Is Born and Eminem’s Kamikaze will be prominent in people’s gift lists,” said March. “With our friends at Dirty Hit, we’re hoping to bother the top of the charts with The 1975 this week too.”

Despite the success of Take That, the lack of 100,000 sellers this year has raised the question of the future of six-figure one week sales.

To read the full report on Take That and the 100,000 sales benchmark pick up the latest issue - or subscribers can click here. To subscribe and never miss a big industry story click here.