'It feels like a great achievement': Matador's Natalie Judge on Interpol's big comeback 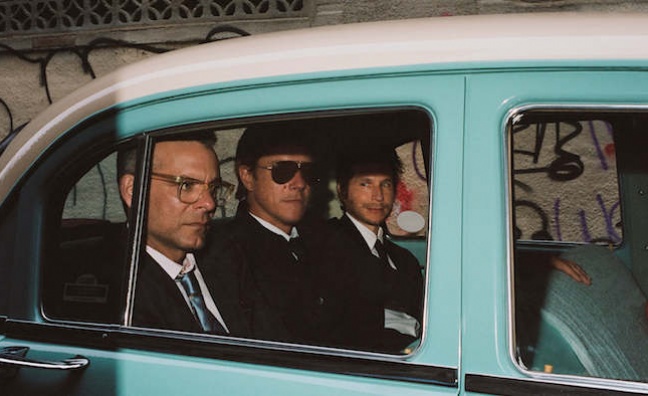 Interpol are back with sixth album Marauder, which has become their highest-charting album in over a decade after debuting at No.6. The NYC post-punks played some intimate UK gigs this week and return for a pair of Royal Albert Hall dates and a Manchester O2 Apollo show in November. They also grace the cover of the new Q magazine, which describes them as the “world’s biggest cult band”.

As she prepares to depart Matador after 11 years, GM Natalie Judge takes Music Week inside her valedictory campaign for the label….

Marauder is the band's biggest UK chart debut in over a decade - how did you achieve that?

Marauder saw the band back on Matador worldwide, their first worldwide deal on one label since Antics. Having a global team working together meant the campaign had consistency throughout every aspect of the build-up, which always leads to a more coherent and solid campaign. The band worked alongside the fantastic Undercard (Matt de Jong and Jamie-James Medina) to create some iconic visuals, which we ensured followed a strict visual language throughout all advertising and marketing. The band finally made it onto the cover of Q magazine, and we’ve had some great radio and streaming support.

What are your ambitions for the record in the territories where you are working it?

We’ve specifically focused our attentions on Japan on this record - a market where the band can still really flourish, even in such a changeable market. South America has also been a big part of the campaign - we launched the record out of Mexico and the band have already returned, playing huge shows, and solidifying South America as being their top streaming market.

Interpol play the Albert Hall later this year - are they a band whose live show is a big part of driving the campaign?

For sure - the band played to over 10,000 people exactly this time last year at Alexandra Palace, playing their debut album in full. Playing the shows to support Turn On The Bright Lights were really the start of the Marauder campaign for us. It really energised the fans and highlighted what a fantastic career the band have had - but that they’re still making exciting and commercially recognised music.

How much support have you had from streaming and radio on this release, at a time when guitar bands are out of favour?

BBC 6 Music took lead single The Rover straight to A list, highlighting that there is still an appetite for proper guitar music on our airwaves. The band also recorded their first radio session in the UK since their John Peel session in 2001 - hard to believe! They were also one of the last sessions to be recorded at Maida Vale - it’ll be airing on Steve Lamacq’s show in mid-September.

Finally, as you depart Matador are you glad to be leaving on a high with Interpol, as well as securing the label’s first No.1 with QOTSA?

Absolutely. Reaching such a high chart place for the band now that they’re back on Matador worldwide feels like a great achievement, especially in the world of The Greatest Showman and Mamma Mia! [Here We Go Again] sticking firmly to the top of the chart. Last year’s No.1 for QOTSA was the band’s first as well as the label’s first. I’m really proud to have played some part in making that happen, as it was a big moment for the band as well as Matador. I’m excited for where Matador will go entering their 30th year in 2019. It’s been a fantastic 11 years in this position and I’m happy to be handing the keys to Alex Keague-Davies, who will take the label into its next chapter.