'It feels like a journey': Cam Blackwood on George Ezra's Staying At Tamara's 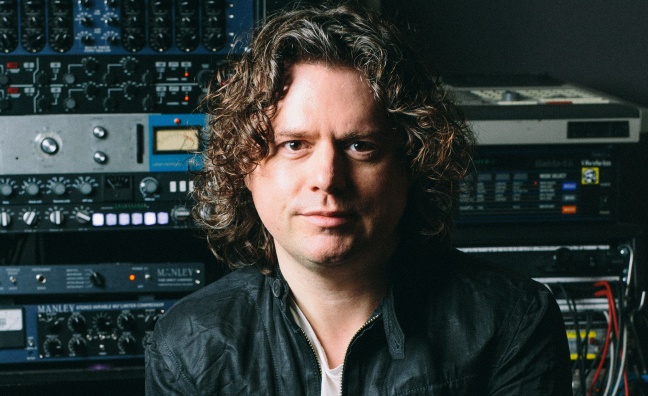 Producer Cam Blackwood has given Music Week the inside story on George Ezra's BRIT Award-nominated second album Staying At Tamara's.

The record was the UK's best-selling artist LP of last year and has racked up 778,104 sales to date, according to the Official Charts Company. Columbia-signed Ezra was named Best British Male at last night's BRITs, but lost out to The 1975 for the album honour.

"It’s very difficult to make a big sophomore album, so that was always in the back of my mind," Blackwood (pictured) told Music Week. "I think the two main reasons Staying At Tamara’s was a success were Paradise and Shotgun – killer singles, basically. But it feels like a journey when you listen to it. It’s an album, not a collection of singles, and I think that’s why people like it.”

Paradise peaked at No.2 in February 2018, helping Staying At Tamara's go silver in its first week of sale the following month. Shotgun then topped the singles chart in July.

“When Paradise was a hit I thought, ‘This is good, the album will probably go to No.1’, but I don’t think anyone foresaw that it would hit 63,000 sales in the first week," said Blackwood, whose credits include Jack Savoretti, London Grammar and Florence + The Machine and also produced Ezra's multi-platinum 2014 debut Wanted On Voyage (1,361,532 sales).

"I knew that people loved George Ezra and we were confident that we had a record that was really good and would hopefully sell to his fans, but I thought it would be a big ask to have a similar kind of success, numbers-wise, to Wanted On Voyage," he said. "We finished Wanted On Voyage in nine weeks. Budapest was the second song we ever did and we did it on the third day we'd been together.

"Nobody knew what to do with this guy who had an amazing voice, because there wasn't really a precedent for a bluesy, big voiced artist, so we didn't feel any pressure. We were like, 'Let's just have fun'."

Alt-J producer Charlie Andrew was originally lined-up for the LP, with Blackwood tasked with producing the EP, but plans changed.

"We started sending the label songs and the they came down to see us and were really excited," recalled Blackwood. "They were like, 'Charlie's got something else on and we would like you do the album' and I said, 'OK, I'll do it'."

Both Wanted On Voyage and Staying At Tamara's were predominantly co-written by Ezra and Athlete frontman Joel Pott.

"That kind of album where there's the artist writer, one other writer and one producer is very rare these days," acknowledged Blackwood. "You'll get it for bands, but for pop stars it's really rare so from that point of view it is challenging because I don't necessarily go about producing to try and make hits. I'm not a programmer pop-person, that's not my world, I'm mostly about live performance so you get that feeling of heart and emotion."

Subscribers can read more from Blackwood and Pott here and access Music Week's recent end-of-year cover interview with Ezra and his team here.