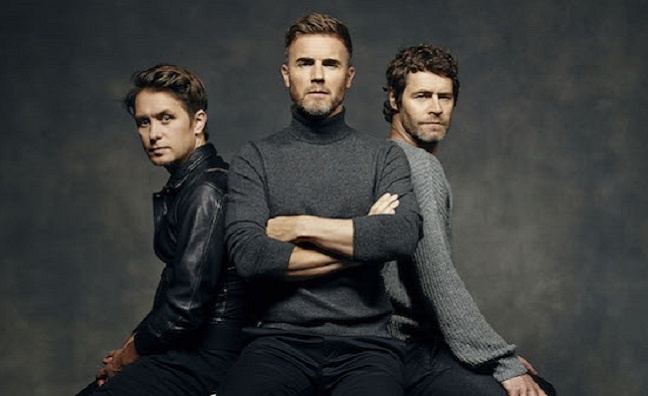 Despite a challenging year for the overall market in physical music, the retail sector has told Music Week of its optimism about the Q4 release schedule.

While retailers reaped the rewards from Ed Sheeran’s blockbuster ÷ last year, artist album sales in Q4 were actually down 15% on 2016 during a quarter when physical music would be expected to perform strongly.

Hirst said a similar result this year would be “pretty disastrous”.

“But it does feel like the release slate is going to be a bit kinder to us,” he added.

Hirst said that the new sing-a-long edition of The Greatest Showman could “power all the way through to No.1” in December.

Take That are also contenders for the No.1 Q4 album with Odyssey (November 23), featuring reimagined versions of their hits.

“That will be bigger than a new album by a three-piece Take That,” said Hirst.

He was confident that the schedule “definitely” lends itself to gifting, with releases from Def Leppard and Fleetwood Mac, an Eric Clapton Christmas album and a new edition of War Of The Worlds.

“It remains to be seen [if gifting sales return] but that is what we need,” he said. “We are cautiously optimistic.”

The busy Q4 schedule follows a difficult year for physical music, as CD sales never really recovered from the end-of-year decline in 2017. For the year-to-date, physical artist album sales are down an eye-watering 22.1%.

“What is striking this year is the very positive mood I am sensing from physical retailers as we enter the fourth quarter,” said ERA CEO Kim Bayley. “It is no secret that so far this year we have seen a double digit decline in CD and a softening of growth in vinyl – although it’s still very much growing.

“Despite that, right across the physical spectrum I’m seeing a lot of optimism from our members that they have a strong release schedule and they are going to make it work. As long as retail gets the support it needs from labels, I think we’re in a good place.”

“There used to be this whole dry period in November and December but people seem to be pushing releases way later now,” said Natasha Youngs, co-owner of Brighton indie retailer Resident. “It works really well for retail. It’s great to have fresh stuff to sell for Christmas rather than just greatest hits – it feels like people are being a lot braver and putting artist albums out later in the year.”

While streaming revenues have reduced the recording industry’s reliance on Q4, Bayley noted that it is still “key for physical”.

With new indie records from Kurt Vile, Thom Yorke and Cat Power, Youngs anticipated an increase on its average 60% ratio of album sales on vinyl.

“There are some big releases we can work with over Christmas,” she said. “There are some really good indie releases, the schedule is looking pretty strong.”