'It means so much to the artists': Paul Gambaccini toasts songwriters at Ivor Novello nominations bash 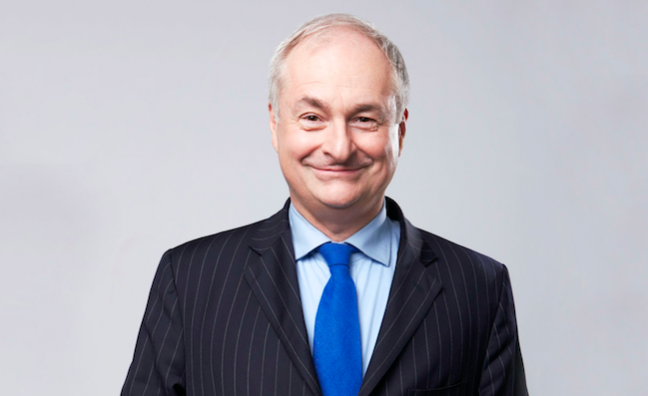 And so Stormzy, Ed Sheeran and Rag’N’Bone Man lead the nominations for the Ivor Novello Awards 2018.

As it was revealed at yesterday’s ceremony (April 23), the three chart-topping acrs star on a list of nominees that also includes Mercury Prize winner Sampha and Manchester band Everything Everything.

The quartet, like Stormzy and Ed Sheeran, boast two nominations each, while rapper Dave, Camelphat & Elderbrook and 4AD’s Daughter also feature on the list of contenders.

After the central London ceremony, hosted by BASCA in association with PRS For Music, we sat down with Ivors chief and music biz legend Paul Gambaccini for a debrief.

Reflecting on 31 years of involvement with the famous awards, the broadcaster spoke glowingly of this year’s crop and took the pulse songwriting in 2018.

How do you rate this year’s nominees?

What I like is that they’re from different genres, which is what the charts and the best records have always been. The decade of the 20th century considered the best for records is the 60s; you had The Beatles and Motown, Dylan and Stax, Burt Bacharach and David and The Rolling Stones, a complete melange of styles. And now we have a mix of the styles by which young people communicate to each other. They still do so via a singer-songwriter, like Ed Sheeran, via grime and Stormzy and via folk with This Is The Kit, if we’re going to call that folk. I think it’s wonderful that various styles continue to generate fine examples.

What does recognition from The Ivors do?

It’s something that can be viewed from two perspectives, outside the artist and from within. It certainly means a great deal to the writer themselves. The greatest thing about doing this for 31 years is that I have been able to welcome to the stage the greatest songwriters of my lifetime at their happiest moment. This award is the one that means the most since it’s chosen by their peers. You’ll find that people who ordinarily might not turn up for an awards ceremony will turn up for this one. For example, Ed Sheeran has won twice before and he’s been there twice before, and I know he’s coming this time. There’s no hype, it’s just writers sitting in a room and listening to up to 100 pieces. It means so much to the artists. Of course, the public are probably going to know more that someone won a BRIT Award, but to anyone interested in music as a form of expression or as a livelihood will know who’s won at The Ivors, and that will mean more to them.

In 2017, a Music Week report investigated the number of writers it takes to make a hit record. What do you make of the current trend for multiple writers in songwriting?

We now have two strands, the individual voice and the purely commercial committee approach, where someone writes the bridge, someone writes the verse, someone writes the verse, maybe they sample something… I once referred to Uptown Funk as the most written song of all time, because it has so many writers. There’s no doubt that there is a branch of popular music that is utterly commercial, but on the other hand there have been those strands previously, it’s just they didn’t have this many writers. This is why The Ivors have required that you have to have at least 15% of the song. When this trend started there were people who won, someone once won with a 2% share of a song. The committee had to go, ‘ Oh wait a minute…’ It turned out that more and more people were getting in on a record just because they’d been in a studio and made a suggestion. So to win now, you have to have that 15%.

Where do you see the art of songwriting going in the future?

I’ve always believed in the primacy of the idea. Someone has to come up with an idea; it can either be a lyrical idea – like the Sampha song, (No One Knows Me) Like The Piano – or a musical idea, a hook, like In Da Club. That song was a hit because of those two notes, isn’t it incredible? And songs now are based either on an idea, or on a riff, which can be very short, but nonetheless somebody had to have that idea, and the songwriters who are nominated are the ones who have the ideas.

Catch up on the details of last year’s Ivors here.