'It's a big deal to sing with an orchestra': Sophie Ellis-Bextor on her unique hits collection 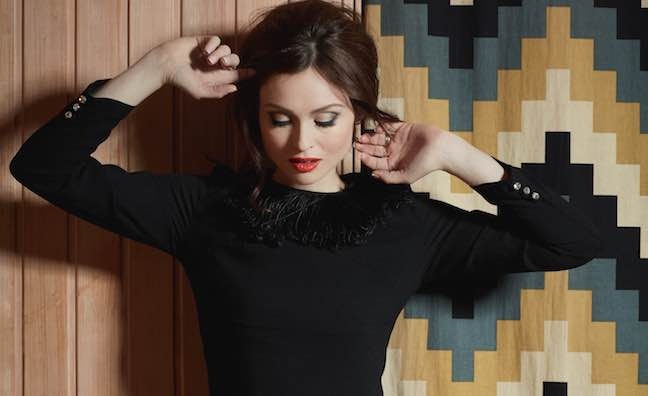 The Song Diaries (Cooking Vinyl), released on Friday (March 15), includes new recordings of Murder On The Dancefloor, Take Me Home and her breakout hit with Spiller, Groovejet (If This Ain’t Love). Combined sales of her tracks total 2.1 million and 1.07 million across her six studio albums, according to the Official Charts Company.

The Ellis-Bextor LP follows similar concepts involving Paul Weller, the Royal Philharmonic Orchestra with the catalogue of Roy Orbison and The Beach Boys, while Take That’s Odyssey album reworked some of their hits with orchestral arrangements. The dance music sector has also embraced the opportunities to collaborate with classically trained musicians.

After two decades as a solo artist, this is your first greatest hits collection...

“Yeah, I thought it was about time. I didn’t feel like a traditional one was worthwhile really, so the orchestral idea was born. Last year marked 21 years since I signed my first deal, so it was about time to do something.”

How did the debut orchestral show at the Royal Festival Hall go?

“I absolutely adored it, it was so much fun. It probably went better than I was hoping really, because it’s quite a lot of pressure. We didn’t get a chance to run through anything until the day, because I had a 35-piece orchestra so we just did it in soundcheck. But I was absolutely in my element.

“The way we do it is that the first half of the show is purely orchestral, and then the band comes out and it turns into live disco with full bells and whistles. We’re going to take it on tour in June and November. That’s really the other half of what the Greatest Hits is all about, giving me a new challenge with the live stuff. It’s quite a big deal for me to sing live with an orchestra, but I actually love it.”

Can you reach a new audience with the orchestral versions of the hits?

“I hope so. That’s part of the beauty of visiting these different venues as well. I think there will be people that like going to those venues and they will be like, ‘Well, I’ll give it a try’. I’ll let you know in November.”

Why did you do a song by your former band Theaudience on this album?

“We did A Pessimist Is Never Disappointed because it wouldn’t have felt right to not include it. I had to start where the story begins really. It was quite nice, sort of full circle because we recorded this album in RAK Studios and that’s the first ever studio I stepped foot in with Theaudience back when I was 18. Billy from Theaudience came along and watched the gig at the Royal Festival Hall when I sang it.”

Which other songs do you think really benefited from the orchestral makeover?

“Hopefully, there’s something in all of them. For Groovejet, I just love the orchestral version because it’s really dramatic and it sounds almost quite 1920s, it just feels like it’s from another era. There’s a song called Wild Forever which I did on Familia, and it’s really brought out the romantic side of the lyrics more. There’s a song I did with Armin van Buuren called Not Giving Up, which was originally a trance song. It sounds really beautiful and much more intimate when you do it orchestrally. Hopefully, there’s things people can dance to as well. I didn’t want to make it all really pious and reverent. I wanted it to still have bounce, be dynamic and still have little quirks in it here.”

Are you enjoying life as an independent artist?

“Yeah, I love it. Obviously the stakes are higher, but the rewards feel better and you’re able to handpick who you work with. I feel like I’ve got the benefit of both worlds really, because a lot of the people I work with now were the same people I worked with at Universal. But now we’ve got a friendship and we’ve got more freedom.”