"It's a new chapter for me": Kelly Clarkson on her new partnership with Atlantic 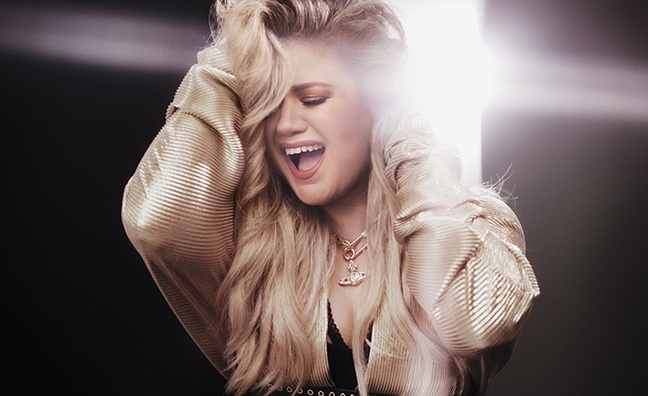 In the latest issue of Music Week, we catch up Kelly Clarkson to find out all about her new album, Meaning Of Life. Not only does it explore a bold classic R&B direction, it is also the first of her recording career to be released outside of her original American Idol contract with RCA.

“This is my first time out of my American Idol deal, the first time I get to pick my label, the first time I get to pick everything,” she told Music Week. “It was really important for me to go back to how and why I started singing. Even on Idol, all I did was sing Aretha Franklin or anything soulful. This is the record that people probably expected right off the bat from me, but I just never got to make this record.”

The journey up unto this moment has been a labyrinthine one for Clarkson, populated with globe-conquering highs and frustrating, deflating lows. In a recent edition of Hitmakers, she told Music Week how, in the early days of her career, she often felt like she was, “in a boat by myself paddling upstream”.

“Every album I’ve made has been hurdle after hurdle of just compromising and figuring it out,” she reflected. “What was really important for me, specifically then, was to just explain to them, ‘I get that you want what’s going to make you the most money, and you want me to just regurgitate the same shit over and over, but I can’t do that.’ It was hard to explain that money doesn’t motivate me.”

Clarkson does, however, stress that she harbours no bad blood towards RCA.

“Honestly, I couldn’t be more proud of all of it,” she says. “I’m not mad. I wouldn’t have made this record, I wouldn’t be the woman I am, if it hadn’t have been for the past 15 years. And so I’m super-proud of the arranged marriage that it was and how successful we were with it. But it is a new chapter for me, definitely.”