'It's a testament to hard work': Paloma Faith toasts her first No.1 album 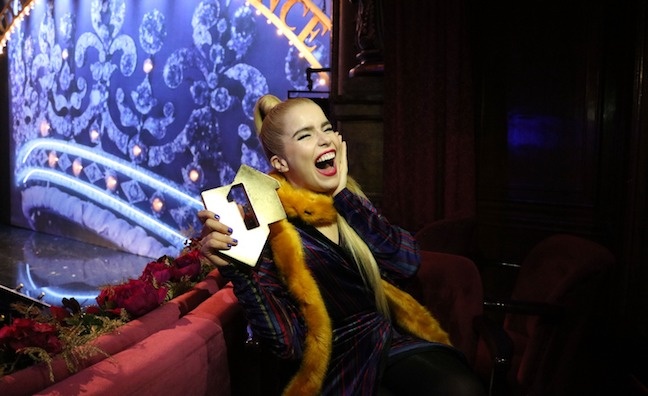 Paloma Faith has shared her joy at securing her first No.1 in the UK Albums Chart.

The singer's fourth album The Architect, released via RCA, sold 39,544 copies to pip Sam Smith's The Thrill Of It All (38,650 sales) to the top spot after a close battle.

She said: “What’s been overwhelming about this victory is the determination, loyalty and help of my amazing fans, friends and family. I’d be nothing without them. It’s amazing to be four albums in and have my first No.1. It’s a testament to hard work! I’m not good at celebrations, but I already have a babysitter booked for Saturday night anyway, so I’ll definitely be doing something!”

Speaking to Music Week earlier this year, Faith said: "I always get really nervous about bringing out new music because it’s like judgement day every time. You feel like this could be the falling flat on your face moment.

“Just before I release a new record, my mum always calls me to say, ‘What could plan B be?’ For the first two albums, it was to do a PGCE and train as a teacher. Then for the third album, she said, ‘Now you’ve got a house, you could just have a lodger. Rent out a room in your house and live off the rent.’ “This time, I don’t know what [plan B] would be. It would a bit weird to have to switch careers now. You can never guarantee though - it’s a scarily fickle industry.”

The Architect follows the huge success of her last album, 2014's A Perfect Contradiction, which peaked at No.2 and spent 29 weeks in the Top 10 Albums Chart, 66 weeks in the Top 40, and 100 weeks in the Top 200. It has sold 771,105 copies to date, according to the Official Charts Company. Faith heads out on a UK arena tour in March.