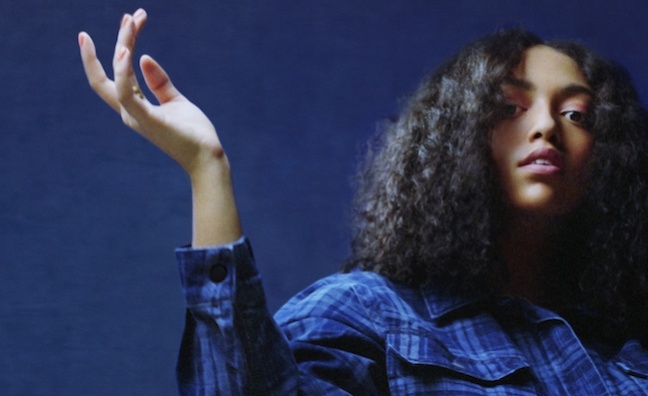 Chris Price, head of music at Radio 1 and 1Xtra, has also spoken to Music Week about the Brit List’s role in breaking new artists.

Atlantic has big ambitions for Mahalia in 2019, following a long-term development programme and the singer-songwriter making the final three in the BRITs Critics’ Choice award. Freya Ridings, signed to Good Soldier Songs, has made a breakthrough with the Top 10 single Lost Without You, which has OCC sales to date of 720,176.

Radio 1’s Brit List launched just over two years ago with a mission to further support UK artists already on the way up. The first wave of acts included Anne-Marie, Declan McKenna, JP Cooper, Sampha, Stormzy and The Amazons.

Price said: “Radio 1’s Brit List has celebrated some runaway successes in recent months. Lewis Capaldi has just had his sixth week at No.1 in the singles chart, and Tom Walker has achieved a No.1 album, which has not left the Top 5 since its release a month ago.

“We’re delighted that Mahalia and Freya are the latest additions the Brit List. Mahalia has been passionately supported by our specialist DJs and BBC Introducing, as well as being a previous 1Xtra Hot For and BBC Sound Of artist. Freya also enjoyed BBC Introducing support, and was picked up last year by Scott Mills who made her his Tune Of The Week. After propelling her to the Radio 1 A List, her single Lost Without You spent six months in the Top 40.”

Ridings said: “Wow! Thank you so much Radio 1 for choosing me to be on their Brit List. It’s an absolute honour that I can’t get over. Radio 1 (especially Scott Mills) have been such early champions of mine, I am determined to make you all proud. It feels incredibly humbling.”

Mahalia added: “It’s been a long old journey, this one. BBC Introducing and 1Xtra have supported me endlessly for the last few years. I’m overwhelmed to feel this kind of support from BBC Radio 1! It feels like this part of the journey is only just the beginning and to know that I have them behind me is the best news I could have heard this year.”

Price said the current success of Capaldi and Walker “shows that Brit List is achieving what it set out to achieve – help break exceptional emerging British artists.”

“I think in Lewis and Tom we’re seeing the fruits of the industry’s labours – since the wilderness years of 2016 – really start to pay off,” he told Music Week. “I wanted Brit List to give labels and label services companies the confidence to invest in artists over the longer term. They have done that in spades and now it’s coming to fruition.”

Price noted the global success for Walker, following his 2018 breakout hit Leave A Light On.

“Brit List helped him do that, by taking the commitment of a UK national broadcaster to Europe and beyond, building his story and his fanbase internationally,” said Price.

“I’m confident that Sam will become not just a commercially successful artist, but a culturally important one,” said Price. “He has something to say and some powerful songs through which to say it. You only have to see his exhilarating live show to see how directly he is connecting with audiences.

“While it’s true that singer-songwriters like Lewis Capaldi and Tom Walker seem to be having a moment, Sam Fender stands slightly apart from them I think - lyrically as well as musically. I think of Sam more as a rock singer in the mould of a Springsteen or a Tom Petty. Maybe that’s guitar music’s best shot at a return.”