'It's going to be a fantastic night': UK Americana Awards returns for third edition 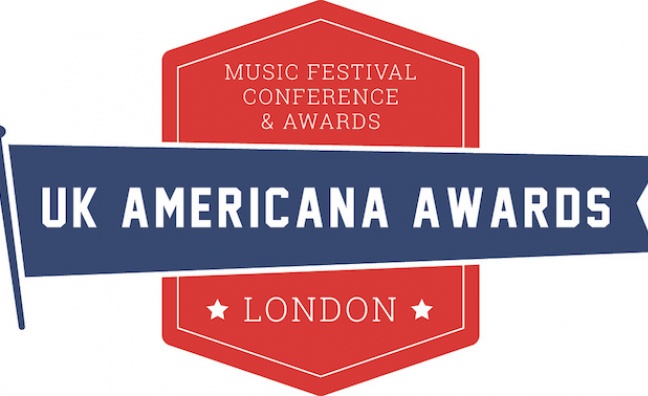 The third edition of the UK Americana Awards takes place at Hackney Empire tonight (February 1) with performances from nominees and award winners, including Robert Plant, The Wandering Hearts and Imelda May. Ethan Johns is the musical director, while broadcaster Bob Harris hosts the ceremony and selects the Emerging Artist Award winner.

Mumford & Sons will be recipients of the Trailblazer Award tonight. The UK Americana Awards are part of AmericanaFest UK, a two-day event including panel discussions and showcases. Music Week spoke to Stevie Freeman, CEO of Americana Music Association UK, to take the pulse of the scene in the UK…

Has the awards show expanded for its third year?
Yes it has - we sold out last year at St John at Hackney with 500 people, this year we are at Hackney Empire and it looks like it’s going to sell out at 1,200 capacity. So we are thrilled.

Are you pleased with the performance line-up for this year’s ceremony?
Yes its going to be a fantastic night, a real celebration of UK and international nominees. We love that we can offer a platform to up-and-coming UK artists alongside established artists like Mumford & Sons, Robert Plant and Imelda May.

What does Radio 2’s Bob Harris bring to the occasion?
Bob has been with us from the very start - he gave the keynote address at our first conference in 2013. As host for our awards it means we all know we are in safe hands with him, he is a natural presenter, he knows everyone and he really loves the music.

Is the ceremony increasingly important for UK country and Americana?
We feel we are a sibling to UK country, but it's quite a different scene. The whole AmericanaFest UK event is important to the genre, the success stories of artists who were showcasing at our first event is amazing - several of them have been nominated the following year.

How healthy is the UK scene right now — and how does it benefit from an annual awards show?
A sign of the health is the fact there are two brand new major genre-specific country and Americana festivals this year

What are the plans for the awards - will it get bigger?
We really should be broadcasting this amazing show - it's a shame it's not being seen by an even wider audience. It’s hard to see how the awards show could get any bigger but the event as a whole will. We had a one-day conference and one showcase venue the first year. Now the showcases are across multiple stages and the conference takes place over two days this year. There is already talk of expanding it for next year, so watch this space.