'It's huge for us': How indie retail embraced Black Friday 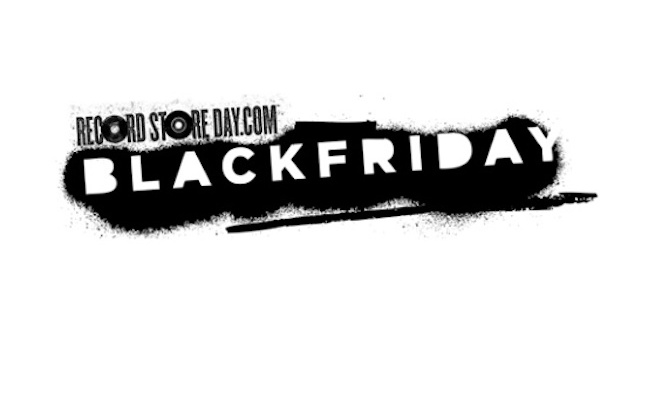 Black Friday 2018 brings another round of music industry discounts, from streaming subscription offers to Amazon pop-ups. Both Spotify and Amazon Music are offering inducements to sign up to premium services - for a limited period, new Amazon Music Unlimited and Spotify Premium customers can get three months for 99p.

Amazon also has a physical presence with its Home Of Black Friday pop-up back in London at 3-10 Shoreditch High Street until Sunday. Home entertainment is part of the experience, as well as the online giant’s Black Friday deals - today it will be open 24 hours.

There will also be concert offers from ticketing companies including Ticketmaster, while Universal Music’s online Great Offer Store has a wealth of discounted music and merchandise.

But Black Friday has also become another shopping bonanza for vinyl, as Record Store Day has made it a spin-off from the main event with dozens of exclusive vinyl releases for November 23. This year’s line-up includes a never previously released double-disc Herbie Hancock live album, Flood; a red 7” of Guns N’ Roses’ Shadow Of Your Love; a nine-track collection of rare tracks and mixes from Iggy And The Stooges’ Raw Power sessions; Keith Richards' Christmas single Run Rudolph Run; and a 20th anniversary coloured vinyl two-disc edition of Madonna’s Ray Of Light. Taylor Swift is also getting in on the Black Friday fun with a clear coloured vinyl, numbered edition of Red. For the Tom Petty fan, there’s the 140g vinyl, six-disc An American Treasure box set.

Has Black Friday become a big deal for indie retail?

“It’s huge for us. It’s like a mini Record Store Day, so there are all these exclusive records that come out. We constantly talk about the good work of Record Store Day and getting people into physical stores and buying physical product, which you can’t buy from Amazon or Tesco - and that happens again in November, almost six months after Record Store Day. U2 isn’t a band that we would typically consider as being one for us, but we’ll sell a couple hundred of that [edition of Hold Me, Kill Me, Kiss Me, Thrill Me] on Friday. People will be queuing, people want that exclusive record. If that demand exists, you can either choose to prove how non-American you are by not taking a part in Black Friday; or you can sell hundreds of records, so we do the latter.”

How much of this is on import?

“Some are imports, some are UK. The main part of what we’ve got is from Warner, Universal and Sony, so the major labels do what they do [for Black Friday] - but this is what we do every week.”

So Black Friday is taking off for vinyl?

“It’s taking off. I think we’ve always considered it important. It’s weird because Black Friday generally means sales, and we will probably have a sale. But we are also still trying to concentrate on selling luxury records. I don’t have a problem with Black Friday, but most people in the UK think of it just being about queues to get a cheap TV - not to queue up for a Frank Turner record, or a Taylor Swift record or a Guns N’ Roses record, which are what I’ve got in my hands at the moment. We’ll expect a queue on Friday morning. It won’t be a Record Store Day-sized queue but it will be hundreds of people throughout the day coming in for Black Friday stock.”