'It's one of the crown jewels': Red Light Management's Peter McGaughrin on Everything Everything's Mercury hopes 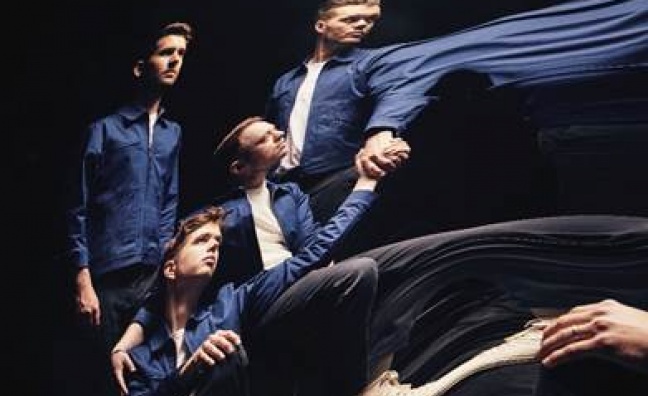 Having been nominated for it twice, Everything Everything have a unique perspective on the Hyundai Mercury Prize.

Following up their 2011 nod for debut Man Alive, the Manchester band’s latest long player, A Fever Dream, is on this year’s 12-strong shortlist.

Ahead of Thursday’s (September 20) ceremony, their manager Peter McGaughrin of Red Light Management (and grandmaster of Chess Club Records), explains to Music Week just why a nomination remains so important...

How important is a Mercury nomination to a band like Everything Everything?

On a very human level, with all these things, you get that nod and it’s a real validation internally with the band. It helps reassure them that what they’re doing is worth doing and is really connecting with people on a critical level. It’s one of the crown jewels in the critical crown of the music industry, I suppose. To know that your peers and the people with great taste are saying you’ve got one of the best albums of the year, that’s really great. We also found there was an uplift in that first week after the nominations in terms of sales and streams. I think we were over indexing compared to some of the other nominees so that was good to see. It feels like when you’re an artist who has had a couple of albums out, that reconnecting in that way [a nomination] gives a bigger boost perhaps. It’s one of those cumulative things that comes over years and nods like this really help. It’s like a rising tide that brings all the ships up.

Were you expecting to make the shortlist again? You’ve had a few near misses…

It was interesting because on [third album] Get To Heaven, the day before nominations Everything Everything were the bookies favourite to win the whole prize [in 2015] and we didn’t get nominated! But it’s almost as if the noise around that one helped to build things up for this one. It feels like we’re nominated not just for this record but for what the band have consistently tried to do over the years, which is really satisfying.

Have you managed to do much off the back of this nomination?

You push the label to do a certain amount of extra on the campaign, yes, even though we were at the stage where it was naturally coming to an end. The label did extra advertising and online, and we’ve had a lot of really good features that have come out of it with broadsheets and TV news so that’s a nice trickle down effect that you get from the nomination. There’s a halo effect around the Mercury nomination that means that everything you do has an extra bit of validation and an extra bit of push which is just really useful. For us, it’s been a cherry on the top of the icing at the end of our album campaign.

Are you looking forward to the announcement?

We’re looking forward to ceremony. We’ll have a brilliant night out without too much pressure on it. The band are really relaxed about it. They’re going to perform something really spectacular – and then have a good knees up! What will be will be…

Pick up our latest issue, on sale now, for Music Week’s statistical analysis of the prize’s impact on the nominees so far - or subscribers can click here.