'It's part of the bigger journey of this band': The War On Drugs' Adam Granduciel talks moving to a major 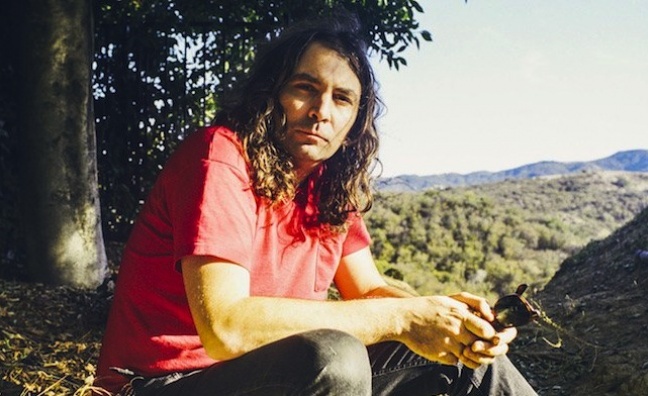 In the new issue of Music Week, we catch up with Adam Granduciel of The War On Drugs to discuss the follow-up to 2013 breakthrough record, Lost In The Dream. A Deeper Understanding, the band’s fourth album, is set for a strong opening week on the albums chart where it’s currently No.2 behind Queens Of The Stone Age. It’s the Philadelphia group’s first major label album following a move to Atlantic Records from Secretly Canadian.

In the feature, Granduciel explained the motives for the label change and his hopes for the new record.

“I didn’t actually contractually have a record label so I entertained a bunch of offers,” he told Music Week. “At the end of the day, I looked at what the band have built up and the fanbase that we had built, and I just felt like there was nothing that could really derail that. It was important to me that I had control over the recording and art, and I just thought I would experiment with it and go for it. I just looked at it as part of the bigger journey of this band – and it was cool. I mean, it’s [Atlantic] home to a big portion of my record collection, and it has a great history and we felt like we have a great team of people there. I’m thankful for having people in our corner and small labels, and building up in a certain way. But there was this moment where the offer was there and I just thought, We’ve done all the work. So I feel like we’re kind of in the driver’s seat."

Adam Granduciel, The War On Drugs

In the feature, Ami Spishock of Fort William Management discussed the album campaign in the UK, which is already going to plan for Atlantic. “You just imagine all the people working on your behalf and you think, Okay, yeah, this is going to take this a little bit farther,” she said. “We definitely never had a radio team this size. It definitely feels like a bigger army and they’re all fighting in our corner, which is great. Specifically, the UK office are really amazing, there are some people there that are so smart and some of the ideas that have come up along the way of setting this record up have been really great. I felt like we were in good hands with Secretly, and I feel like we’re in good hands now.”

Steve Ralbovsky, founder of New York-based Atlantic label Canvasback Music, also gave Music Week an insight into the band’s approach to the UK as they gear up for Alexandra Palace on November 14 (their biggest UK show to date is already sold out). “It’s definitely a milestone venue achievement and one that everybody’s really excited about,” he said. “They’re a tremendous group of musicians and already there are plans around the world for the foreseeable future and into next festival season, I’m sure.”

Ralbovsky, an experienced A&R executive who’s worked with The Strokes, Kings Of Leon and My Morning Jacket, also gave his assessment of Granduciel as a career artist like his heroes Springsteen and Dylan. “I see no reason why he won’t be doing this for many, many years to come,” said Ralbovsky. “I think he does take inspiration from those kinds of artists that have made longevity out of their careers, and he kind of has that aspiration and ambition to follow those paths and keep doing this for a long time.”

To read the full The War On Drugs feature, see this week’s edition of Music Week. Subscribers can read the interview here. To subscribe and never miss a big music biz story, click here.