'It's rugged, raw, authentic drum & bass': Chase & Status go back to their roots 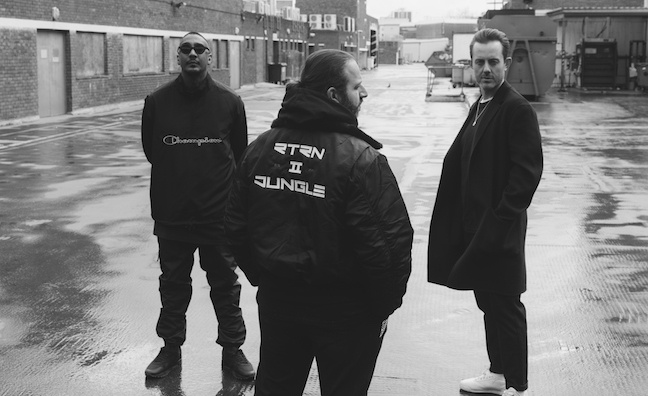 Recording sessions included a spell in Kingston, Jamaica with a line-up of local guest vocalists on the record. The album is currently pushing for a Top 10 finish.

Chase & Status have enjoyed significant sales on previous albums - what are the ambitions for this record?

“Their initial intentions were not just limited to the album, they wanted to introduce some of their younger fans to the music that inspired them and the music they grew up on. This record came from a place of passionate revival, going back to their roots to write music with no prescription for charts or daytime radio. It’s rugged, raw, authentic drum & bass.”

Is the 15th anniversary an opportunity to celebrate their success?

“Absolutely - not enough artists and their teams celebrate their achievements, it’s all too easy to just focus on the next thing. There aren’t many electronic artists who have released five albums in the space of a little over 10 years. It’s been really fulfilling to service their historical fans, who remember the original references for the project while introducing their new, younger fans to the genre. It really feels like it’s captured their fans’ imagination, including those at press and radio. The interaction across every step of the campaign has been hugely encouraging to see and speaks volumes for where the scene is currently.”

Where do they fit in the streaming landscape?

“We’ve had some of the best support across streaming for this record. In fact, I’d say this album has done better than their previous in terms of week one editorial support across the board. To reflect on the authenticity of the campaign, it has been great to see a drum & bass album hit multi-million streams across several records on the album. Streaming platforms also backed it high in new music lists and it held its own against respective reshuffles. Drum & bass as a genre is still growing, but it helps with specific dance editors being appointed at the major platforms to really engage and expand electronic music.”

They have a big DJ slot at SW4, what are the plans?

“It’s great to be back at SW4, we have a full Rtrn II Jungle stage takeover. As with all Chase & Status shows, of course there will be some guest vocalists and high production levels.”

Are there global touring plans?

“Chase & Status continue to DJ all over the world. It’s a testament to their agent, who they’ve been with since the beginning, that he is able to continually evolve them as a live and DJ act and they have one of the healthiest touring schedules of all artists. This album obviously is intrinsically a jungle record – which inevitably has a very core British sound – but then again, that’s what is so key to Chase & Status. They are a truly British export and they see continued success in the USA, Australia, Austria, Belgium, Germany and Eastern Europe.”

Despite their success, do they prefer to keep a low profile?

“Yes, absolutely. While personally they much prefer to stay out of the limelight, this is a conscious decision to allow the music to do the talking. They’ve never been one for the tabloids! I believe their recognition is realised from the fans and live audiences they perform to every month of the year, across festivals, club shows and their Ibiza residency at Amnesia. This project especially has been incredible in terms of the fan response and acknowledgement that they’ve returned to their truest sound and roots – for any artist, that’s always the best recognition.”