'It's so different': The lowdown on J Hus' second album from producer JAE5 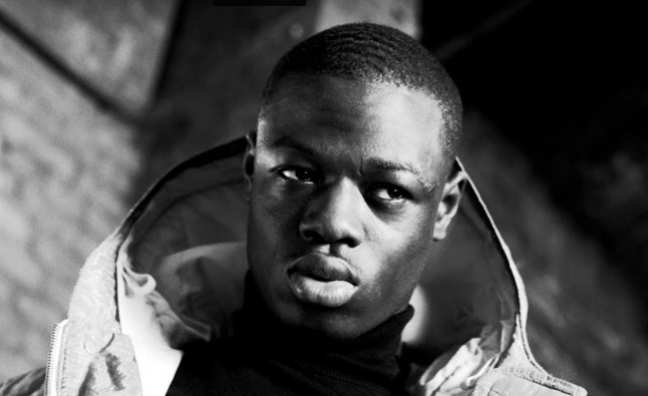 J Hus is making a “special” second album, according to producer and close collaborator JAE5.

Based in London, JAE5 has been working with the rapper since the beginning of his musical career. The pair recently celebrated 1 million sales for Hus’ breakout hit Did You See, which was released in March 2017 on Black Butter Records. Parent album Common Sense was nominated for a BRIT Award last year and has sold 193,463 copies, according to the Official Charts Company.

Like former Music Week cover star J Hus, the producer is signed to 2K Management. With work continuing both in London and various residential studios outside the capital, sessions for the album are in full swing. An EP, Big Spang, was released in May, its lead track Dark Vader peaked at No.41 and has sold 89,630 copies.

“We’re just about halfway through. The three songs on Big Spang were potentially for the album but we thought we should put them out there because it had been a while since the last release,” JAE5 told Music Week. “They’re great songs, but we thought, ‘It’s cool, we’ll make new ones!’”

J Hus has been collaborating with several producers on the album so far, and JAE5 highlighted a particular session with Levi Lennox, Maestro and the Grammy-nominated Ayo (Lil Wayne, Drake) as a standout.

“Sometimes being in the same place everyday gets frustrating. So we booked studios away from London and we just went there for a week or two weeks, with some producers that both Hus and I like,” he said.

“We’ve got some creative songs. We did one with Levi Lennox, Maestro and Ayo, that song was special, and right now it’s my favourite song on the project because it’s so different.”

I almost want to release the song, I just want people to hear it

Expanding on the still-untitled track, JAE5 said: “You have four people in the room and they’re all very different: Levi and Maestro are really musical, Ayo is a bit more my side. We just made a beat that was so different from anything we’d all make. And then Hus comes with a flow so crazy, yeah, it’s so special. I almost want to release the song now, I just want people to hear it.”

The producer also confirmed plans to include orchestral arrangements on the record, which is likely to be released in 2019.

“The deal is to get everything else done, get all Hus’ vocals and then pick what we want done where and go and do it,” he said. “I’ve been give the Ok to do what the hell I want, we just haven’t done it yet, we want to do it so we know it will definitely make the album.”

Speculating about “orchestras and brass”, JAE5 added: “Let’s make the album, get all the songs in an editable format, and then say: ‘OK, I want an orchestra on this one, I want brass on this one, I want this and that.’ And then you book two weeks and just knock out all the fancy stuff.”