'It's such an iconic label': Top artists toast 90 years of Decca 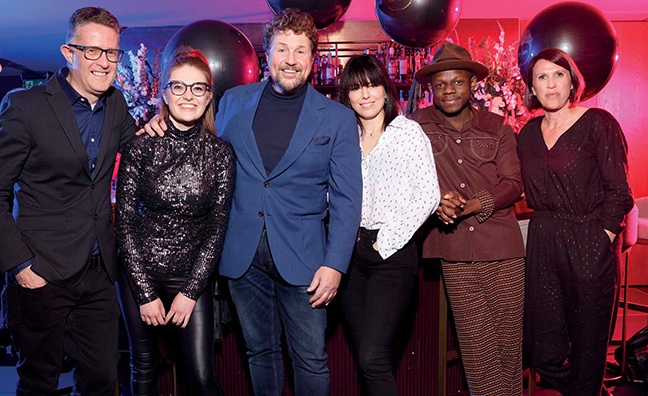 A raft of top Decca artists have sung the praises of the legendary label as it celebrates its 90th birthday.

Decca, which racked up chart-topping LPs by Rod Stewart and Andrea Bocelli last year, has a wealth of activity planned around the anniversary, including a Luciano Pavarotti feature film documentary, 90 different reissues, a book, a V&A exhibition and two Radio 2 documentaries.

"It’s got a really lovely family atmosphere," said Michael Ball, who has released two No.1 albums – 2016's Together and 2017's Together Again – on the label with Alfie Boe. "I didn’t even know they’d invented records 90 years ago! It’s wonderful, and it’s a testament to them keeping the faith in the music industry and getting in the right people, year after year."

Imelda May, who has worked with Decca on her last three records, including Tribal (2014) and Life Love Flesh Blood (2017), both of which charted in the UK Top 5, told Music Week: "Decca have always been great with me and have given me time to develop as an artist.

"It’s fab for me to be able to feel I can write what I want to write and have freedom, without somebody breathing down my neck telling me it’s not right. They get behind whatever I want to do."

"Being able to consistently put out quality records and develop quality artists over such a long period of time is quite a great thing," added JS Ondara, who was one of the performers at the label's 90th birthday bash at White City House last month. "Decca is pretty difficult to escape if you’re a fan of music.”

Saxophonist Jess Gillam, who signed to the label last year, drops her debut album Rise via Decca Classics on April 26 and said she was proud to follow in such esteemed company.

"To be joining the Decca group just felt amazing," said Gillam. "It's such an iconic label. Some of my favourite musicians have been on Decca and, in a world where a thing like social media is so important, the music is still at the forefront for them."