'It's the place to see the best musicians in the world': Katie Derham on the power of the BBC Proms 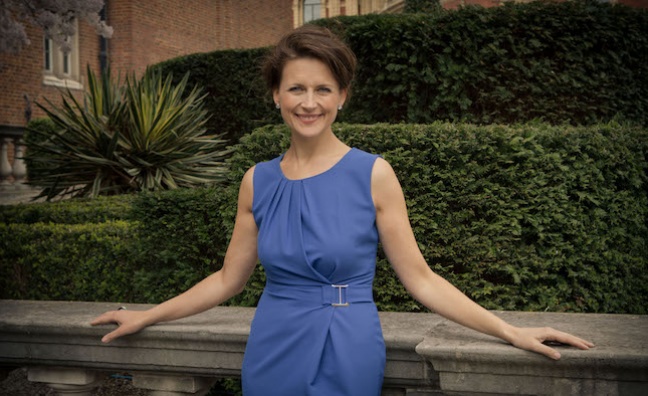 The BBC Proms, now in its 124th year, is back for another epic eight-week concert series at the Royal Albert Hall tonight. The First Night Of The Proms, which will be screened live on BBC Two, features a new work by experimental composer and Moshi Moshi/PIAS recording artist Anna Meredith.

How long have you been presenting the Proms?

This is my ninth season and I do love it. It instigated a huge career change for me in 2010. Even when I was reading the news and being a journalist, I still played a bit and I also got involved with the Classic BRIT Awards and I had a show on Classic FM.

My main role is presenting Proms Extra, which is the weekly magazine show on Saturday night [BBC Two]. We use it as an opportunity to talk to people who are involved in the Proms, we look back at the highlights and look ahead to what’s coming up, and then there’s lots of high jinks in between, trying to take people behind the scenes into the life of the Proms and the musicians who take part in it.

Do you enjoy doing Last Night Of The Proms live?

It’s amazing, it’s a huge technical, musical, national event. There are a lot more cameras than usual, you’re very conscious that you’re hosting, for millions of people at home, something which is really important to them and which is a real institution. So you want to get the tone right and make sure that everybody is swept along with that sense of celebration. It’s a big deal, it’s a lovely concert, and of course you’re also hooking into all the big Proms In The Park events around the country. It’s amazing what’s achieved every year actually, because there’s an awful lot of moving parts.

I don’t think I’ve ever been at a Prom where it’s been flat. There is an enormous variety of music which is put on display for eight weeks of the year. Many thousands of people come, some of them will be coming for the contemporary, some for core classical, some for Late Night Proms, some have never been before and some of them are reading to score at the front and could practically conduct it. The Albert Hall makes everything feel like a special occasion. I feel a real frisson every time I go backstage.

The Albert Hall makes everything feel like a special occasion

How important is social media to the Proms?

I have been known to do a certain amount of tweeting during performances, you’ve got to watch it slightly that you don’t miss your cue. There is a lot of discussion on social media from people listening to and watching the Proms, that’s an interesting new angle. There is a big conversation as the concerts go out.

We love Sheku, we’re big fans of Sheku. There is something very special about the way that he plays. I don’t think there was any doubt in anybody’s mind, he really is the real deal. He plays with every part of his body and soul, it’s wonderful to watch him perform. He’s going to be part of the Young Musician Gala Prom, and one of his fellow finalists, Jess Gillam, the saxophonist, she’s also very exciting and she’s playing at the Last Night Of The Proms.

What is the state of classical music in 2018?

From where I’m sitting, there’s an awful lot of excellent work being done. Do I think more needs to be done? Always. The work that’s going on with 10 Pieces and the hundreds of thousands of junior and middle school children who have been reached by that project is phenomenal. The Proms does cut through, there’s an awful lot of other ways that classical music can cut through as well, such as music for video games.

How can you make TV coverage of classical as exciting as, say, a rock or grime performance?

How has the Proms endured for 123 years?

When it comes down to it, it’s the place to see the best musicians in the world within the classical genre. Whatever your personal taste is, you know when you go to a concert you’re getting the absolute best. I interview these musicians every year, and they all say the same thing – of all the concert halls they perform in in the world, performing in the Albert Hall to the Proms audience is the most special. You are guaranteed to get something special when you go to the Proms