'It's time to hang up our dancing shoes': Boyzone talk bowing out after 25 years 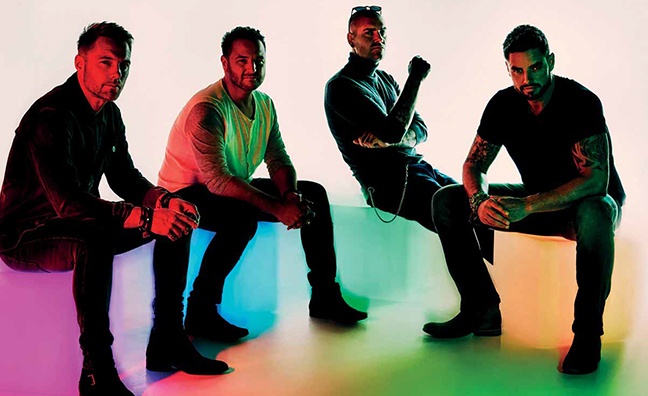 Boyzone have spoken to Music Week about their decision to bring the curtain down on their 25-year career.

The group, who entered last week's UK chart at No.6 with seventh and final LP Thank You & Goodnight (21,096 sales – OCC), will go their separate ways after completing a farewell tour next year.

“We just felt that it was time to bow out on a high, with an album that we’re proud of, a successful tour and to hang up our dancing shoes and go gracefully into the night,” said Ronan Keating, speaking in this week's issue.

“We’ve been very, very fortunate to get 25 years – for a boyband that’s unheard of really – and we’ve decided that’s it,” added Keith Duffy. “We’re going to walk away with our heads held high and be remembered for being a very successful band, instead of pushing it and maybe not being as successful in the future.”

The group previously disbanded at the turn of the century, reuniting in 2007.

“We didn’t think it was going to be over at that point because it was only a break,” explained Shane Lynch. “We never actually said goodbye or split up as such. [But] this is the 25-year milestone and that’s enough now.”

Released via Warner's East West label, Thank You & Goodnight’s 12 tracks includes collaborations with Ed Sheeran (Because) and Gary Barlow (Love), but its most poignant moment comes via lead single I Can Dream, which is a tribute to late founder member Stephen Gately. Gately, who died of natural causes in 2009, aged just 33, recorded the track as a demo and the finished version retains his vocals.

“It’s ironic that an old song from Stephen came along for our 25th anniversary and our farewell as a band,” said Mikey Graham. “We’ve done a couple of albums in the past few years and the song never came forward, so to have Stephen be part of the farewell experience, if you want to put it that way, completes the whole circle for us.”

“We were lucky to get our hands on it,” reveals Keating. “We were close to finishing the album and then this song was delivered to us in a very different form to what you hear on the record. It completes the story for us and it’s a blessing to have it on the album.’”