'It will make a huge difference to my career': 20 UK acts receive export grants 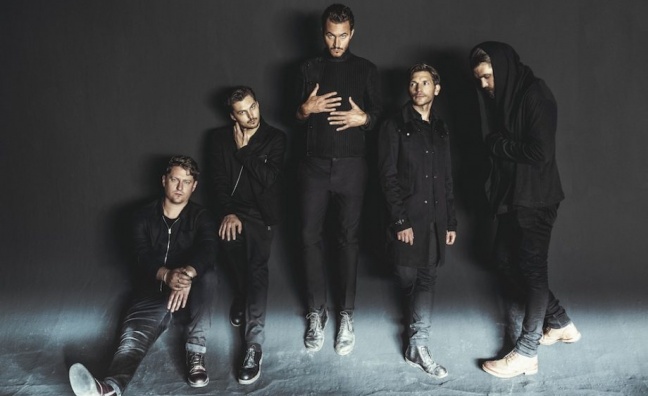 Twenty UK acts have received grants totaling £294,583 in the latest round of funding as part of the Music Export Growth Scheme (MEGS).

The investment is made by the Department for International Trade (DIT) as part of the Exporting is Great campaign, which is designed to help build artists’ international fanbases and to boost sales of their music outside of the UK.

The scheme, now in its fourth year and managed by the BPI, supports small UK music companies by contributing to their artist marketing campaigns and promotional touring overseas.

In the 12th round of funding, recipients include Editors (pictured), Nina Nesbitt, Paul Draper and Shame. The funding will help support projects across Europe, North America, Asia and Australia.

Since its launch in January 2014 the Music Exports Growth Scheme has distributed over £2.6 million to 178 successful applicants. Half of the investment (50%) has supported touring and other promotional activity in the US, followed by Germany (10%), France (5%), The Netherlands (4%) and Belgium (3%).

Minister of State for Trade and Export Promotion, Baroness Fairhead, said: “The UK is a world leader in music exports and is recognised for its exceptional home-grown talent around the globe. Through the music exports scheme, we help to nurture musicians of the future to explore new global markets.”

Chris Tams, BPI director of international overseeing the MEGS programme, said: “The Music Exports Growth Scheme gives a diverse range of talented British artists the opportunity to grow their fanbase in key international markets through touring and marketing support. In the process, it helps to promote the profile of British music overseas and, crucially, helps to boost our exports with a return on investment to date of over £10 for each £1 put in by the UK Government.”

MiC Lowry managers Alistair Goldsmith (Allegro Management) and Barbara Phillips (Positive Impact) said: “We are over the moon to have our application accepted by the BPI for the MEGS. The funding will help us facilitate a European tour later this year, which will coincide with the release of new music. We plan to visit several countries where we know there is a significant demand for the band, and the MEGS funding will be important for us to accelerate the bandwidth of the group.”

Scottish singer-songwriter and MEGS recipient, Nina Nesbitt, said: “I’m so overwhelmed to be chosen as one of the artists to receive the MEGS award. The grant will make a huge difference to my career and allow me to run a two-month long campaign in the USA. Having the funding means I can now take on big opportunities, such as supporting Clean Bandit and Jake Bugg across America, and give myself the best chance at becoming established in another territory.”

Applications for the next round of MEGS funding are now open and will close on May 28.

The full list of artists in the latest round is below: