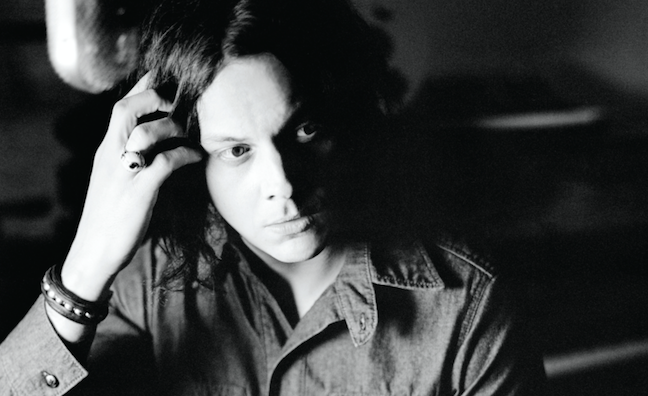 Jack White is releasing an EP and documentary exclusively with Amazon.

Recorded at Washington DC’s The Anthem during his Boarding House Reach, the film and digital EP will be released via Amazon Prime Video and Amazon Music respectively on September 21.

Connected by Love, the first track available from the 6 song, live EP, can be heard now via the Amazon Music app, or can be streamed by Alexa users if they asked their device to “play the new song by Jack White”.

The documentary, Kneeling at the Anthem DC, was filmed by director Emmett Malloy who made The White Stripe’s 2009 Under Great White Northern Lights film and mixes live footage with White's travels around the US capital, including a surprise set for students at Woodrow Wilson High School.

This exclusive with Amazon, follows White streaming the video for his track Corporation with TIDAL earlier this summer. White was one of the musician co-owners of Tidal when it launched.

Amazon entering the exclusives market - albeit on a relatively small scale - may also raise eyebrows across the industry. It has previously generated exclusive recordings through its Amazon Originals project. Apple Music and Tidal previously ran a number of high-profile exclusive releases, until Universal Music boss Sir Lucian Grainge reined back on the practice following a row over Frank Ocean's departure from the major.

Exclusives have been few and far between since but, with Amazon Prime Music on the march - it's now reportedly the second biggest streaming service in the UK - could they be back on the agenda? Watch this space...

Amazon Music global head of programming & content strategy, Alex Luke, is among the speakers at the inaugural Music Week Tech Summit at The O2 on September 26. To register, go here.