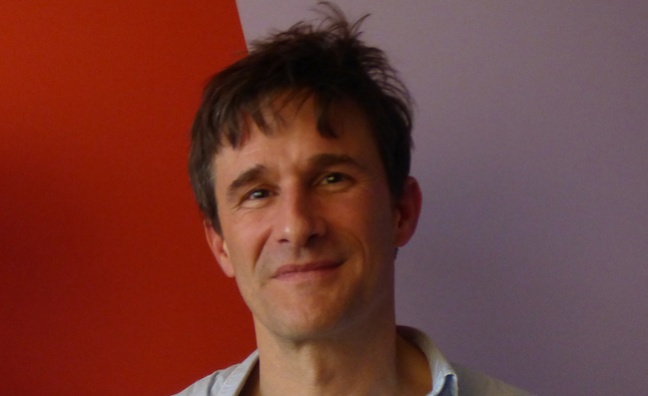 Ahead of the key vote in the European Parliament on the Copyright Directive today (March 26), Ivors Academy chair Crispin Hunt has spoken to Music Week about their lobbying efforts.

The measures in the legislation address the ‘value gap’ in relation to content on upload sites such as YouTube, who has warned of “unintended consequences” of a new licensing system for user-generated content.

Hunt has taken the fight to YouTube by recording a cover of Snow Patrol’s Just Say Yes and posting it on the platform. Here, he explains why the Copyright Directive is crucial for the new generation of artists and songwriters…

How has BASCA and now The Ivors Academy been campaigning on the Copyright Directive?

“We’re a good force and we’re working as we should do. Last week over the European Copyright Directive, we put out a call to all of our fellows – it’s the first time we’ve done that for ages – and we got immediate responses from Paul McCartney, Annie Lennox, David Lowery, George Fenton, extraordinary people who are willing to support what we’re doing, which is amazing.”

How did they help the campaign?

“There was a petition in support of a manifesto by a fantastic MEP called Helga Trupel, who has been very much the champion of music creators and the creative industries. She wrote a manifesto trying to explain why it is necessary to make the internet work fairly for creators. We put a call out and people are behind  it. We didn’t only have those people, we had Primal scream, The xx, Ash, David Arnold, The Stranglers, all sorts of incredible people who are clued up and ready. I think we all have to get rid of the idea that being engaged in politics turns you into Bono, it doesn’t any more. You can be engaged in politics and not be Bono.”

You can be engaged in politics and not be Bono

How will you work to push your message that the Copyright Directive measures should be enacted in the UK?

“We just had a sort of crazy idea. I’m very annoyed that the narrative on the other side of this is saying it’s just the major labels and the dinosaurs of rock trying to hold on to their monopoly. It’s not about that at all, it’s desperately important to young, emerging, new artists because they’ve got to be able to do more than sell t-shirts. They need to be able to sell music, that’s what they do, and so a whole group of really impassioned and powerful young musicians came along to the studio. We did a cover of a Snow Patrol song called Just Say Yes, and it sounded ridiculously cool.

“It was a brilliant bunch of people from The Maccabees, The Mystery Jets, The Noisettes, a whole bunch of people. It’s really good and it was great fun to do. It was just a demonstration of the will for people to get engaged. We’re going to put it up on YouTube and give money to a charity of our choice, maybe Help Musicians UK. That’s assuming that we if get a couple of hundred thousand views on YouTube, we might make 6p or something! That would be quite funny to announce the donation.”

Are you geared up for the big vote?

“I’ve been doing an awful lot. I really massively believe in it. A lot of us as artists and as creators have been putting ourselves forward. I think it’s gone further than just copyright. It’s all about paying people for their work. The tide has very much changed, we’re at a point where the world is beginning to realise that we all need to share in the benefits of the internet, not just the people from one little area in California.

“I pray it goes through. I think democracy needs to step in and make sure there’s a future for European culture. I think all of this misinformation about filters – it’s not filters, it’s identifiers. Copyright isn’t a monopoly, it’s just about respect, integrity and respecting other people’s work, which is a pretty sound policy in my view. We’re very excited about that and I hope it will work.”