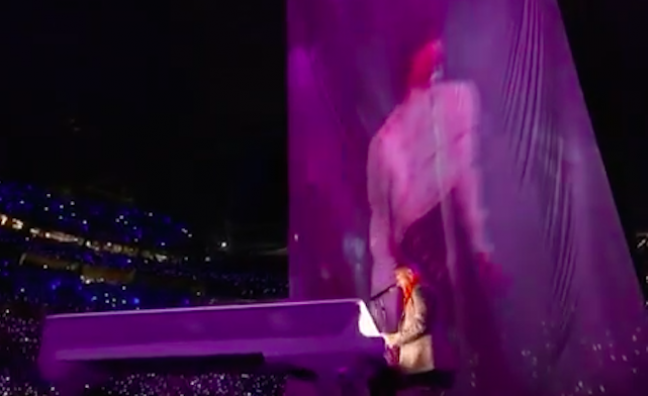 Playing the most watched set in the world should be enough pressure to contend with, but Justin Timberlake perhaps had more on his plate than most in stepping up to the Super Bowl LII half-time show. At the very least, he was arriving hot on the heels of Lady Gaga’s acclaimed performance last year, not to mention the enduring, fin-shaped shadow cast by Katy Perry’s Left Shark in 2015. Add to this the prospect of introducing his updated, semi-countrified image plus material from new album Man Of The Woods to the world and you have added pressure. Last, but not least, there was the spectre of Timberlake’s last Super Bowl foray. Here the words “Janet Jackson”, “Wardrobe malfunction” and “nipplegate” will suffice.

So how did he fare?

Well, the one undeniable quality was that it was supremely confident. Timberlake is not exactly New England Patriots’ veteran quarter back Tom Brady when it comes to being acclimated to this event, but you can’t help feel that two prior performances – the other being the 2001 *NSync/Aerosmith/Britney Spears mash-up – gave him the confidence to tackle the whole thing by himself. Timberlake had easy cards to play: he could have lured his *NSync bandmates out of retirement and levelled the place with nostalgia, or he could have scrolled through his contacts list and asked for a helping hand from a coterie of famous friends. But he didn’t. That boldness should be praised - this was far from playing it safe.

Clearly, the pre-meditated emphasis of this set was to broadcast 'Timberlake the performer': to that end, the results - especially the choreography - were spectacular. Sadly, 'Justin Timberlake the singer' was often lost in translation. Between sound problems and moments where he altogether abandoned himself to complex dance moves, there wasn’t enough of his voice on display, especially in light of Lady Gaga’s breathless exertion last year simultaneously doing both so brilliantly.

The most talked about part of the night was, of course, the tribute to the Super Bowl’s fallen hometown hero: Prince. It was, undeniably, a beautiful sight to behold seeing whole blocks of Minneapolis turn purple to form his iconic symbol. No, it wasn’t the controversial, estate-disapproved hologram that many expected to see, but with Timberlake performing a cover accompanied by a projection of the late star, it arguably might as well have been.

Fortunately, working in Timberlake’s favour throughout were the hits. Lots and lots of hits. Starting with Filthy, enacted in a small club setting before spreading out into the main stadium, Timberlake peeled off gems, ranging from Sexy Back to Can’t Stop The Feeling! and many more. We can only speculate as to why Like I Love You was AWOL, but then no answer would have been sufficient. It should have been there. Still, in racing through so much of his back catalogue, his set offered a timely reminder of just how innovative, futuristic and entertaining much of Timberlake’s solo catalogue is. It just would have been nice if it had given us more of a clue as to the artist he is now.

You can watch Timerlake's full half-time set below: