Kate Bush made fellow of The Ivors Academy 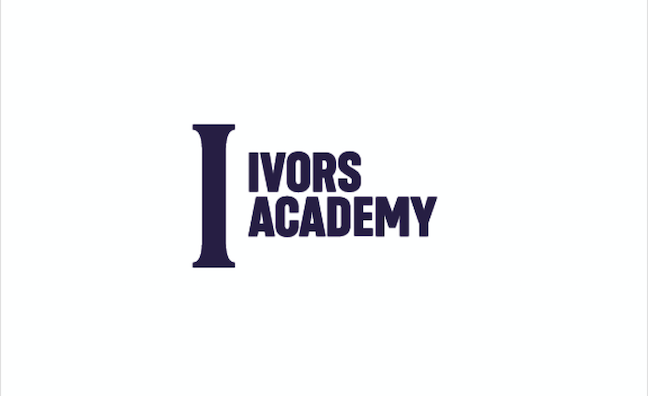 British music legend Kate Bush has been made a Fellow of The Ivors Academy in recognition of her "peerless and enduring achievements in music".

The award is the organisation's highest honour and is only the 20th Fellowship to be awarded in its 76-year history, with Bush joining previous recipients including Annie Lennox, Paul McCartney and Elton John.

“I feel really honoured to be given this fellowship by The Ivors Academy. It means so very much to me," said Bush, who also receives a dedicated Ivor Novello Award, depicting Euterpe, the ancient Greek Muse of lyric poetry.

"Thank you to all my family and friends and to everyone who has been there for me over the years," she added. "I’ll treasure this statue of Euterpe always and ask her to sit on my shoulder while I work.”

Commenting on Bush’s honour, Annie Lennox, who was made a Fellow of the Academy in 2015, said, “I’m delighted beyond words that Kate Bush is being recognised and honoured with an Ivors Academy Fellowship. I cannot think of anyone more deserving than the uniquely innovative singer songwriter, performer, producer and remarkable artist that she is. She is visionary and iconic and has made her own magical stamp upon the zeitgeist of the British cultural landscape.”

Joan Armatrading, the most recent music creator to receive Fellowship prior to Bush, said: "Kate Bush is undoubtedly one of Britain’s best loved legendary singer/songwriters, an inspiration to many and deserving of the Fellowship. This is the highest award The Ivors Academy can bestow on any artist. I’m delighted that she takes her place of recognition and I send my hearty congratulations."

Elton John, who became a Fellow of The Ivors Academy in 2004, described Kate Bush as “A truly inspirational, innovative British songwriter and artist. A legacy full of classic works.”

Fellow of the Academy David Arnold said, "I’ve not met an artist in the 30 years of working in music who doesn’t love Kate Bush. Since she emerged, seemingly fully formed as an artist in the 1970s, she immediately claimed a place in the arts as a true original with a raw, pure, visionary talent.

“A writer who pushed the boundaries of what songwriting could be, a producer showing us how exciting and challenging the sound of a record could be and a performer who mesmerised, enchanted and drew her audience in to the worlds she had so beautifully and fully created.

“The fact she is still such an influence on so many established and emerging artists tells you all you need to know about how very precious and appreciated she is.

“I am thankful for her work and her kindness and it’s very right and proper that she has been named as a Fellow of our Academy, we are lucky to have her.”

Long-term Kate Bush fan Big Boi added: “Creative wise, she has been an influence on my life and my music. The depths of the production and lyricism of her music are unmatched, and I am very proud to be able to consider her to be my buddy. Love her!"

Crispin Hunt, chair of The Ivors Academy, said, “As a music creator it is unnerving when you know that your words will fall short, but this is one of those times. Kate’s talent is incalculable, her achievements are peerless and artistry leaves you breathless. Countless songwriters and composers have referenced how Kate has informed their musical development. On behalf of all songwriters and composers, The Ivors Academy is giving Kate the highest honour we can bestow as a heartfelt expression of our love and admiration.”

Bush's debut single Wuthering Heights marked the first time a woman achieved a No.1 with a self-written song. She has been nominated six times for an Ivor Novello Award, winning her first in 1979 for Outstanding British Lyric of The Man With The Child In His Eyes, and her second in 2002, when she was the recipient of the Outstanding Contribution to British Music award.