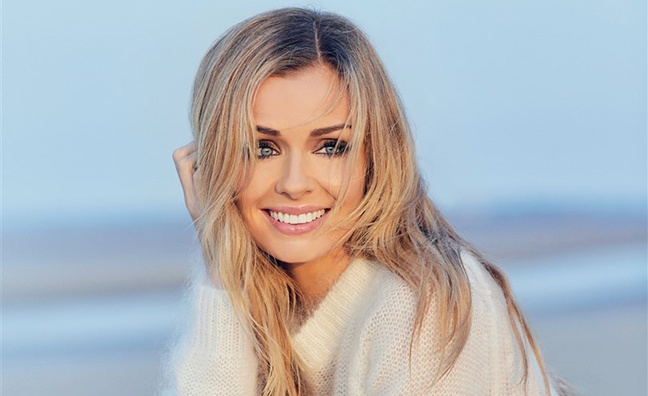 Katherine Jenkins’ new album Cinema Paradiso has helped her break her own record as the UK’s most successful classical artist.

The record not only became her 14th No.1 album in the classical chart (outselling the rest of the genre's Top 50 combined), but also entered the main charts on Friday (July 10) at No.3, equalling her highest album position to date.

Cinema Paradiso – a collection inspired by classic songs from cinema history, released via Decca – sold 9,169 copies in its first week according to Official Charts Company data.

Speaking about reaffirming her status as the UK's most successful classical artist, Jenkins stated: "I'm thrilled to bits with the reaction to Cinema Paradiso. This No.1 means just as much to me as the first, and I would like to dedicate it to all of my ‘lockdown lovelies’, the wonderful people who have been with me for the live Facebook concerts over the past 16 weeks. You’ve been a great inspiration as well as a support and I know we did this together!”

During the coronavirus pandemic, Jenkins has held a host of at home concerts, which have amassed over three million streams and raised over £5k for the NHS Charities COVID-19 Urgent Appeal.

Jenkins also performed a livestreamed singalong for care home residents, their families and staff. The concert was viewed by hundreds of care homes across the country and watched by thousands via Facebook Live.

The star also recently joined forces with the late Dame Vera Lynn to release a duet of We'll Meet Again, which went on to top the iTunes chart when released. An official press release stated: “100% of Katherine Jenkins and Decca Records’ proceeds from the single were donated to NHS Charities Together to support the incredible NHS staff and volunteers caring for Covid-19 patients.”

Jenkins is due to have a role alongside Johnny Depp and Bill Nighy in the upcoming film Minamata, directed by her husband Andrew Levitas. The star also co-wrote the title track with Eminem collaborator Skylar Grey, and performed on the film score written by Sakamoto.

* Read Jenkins’ Aftershow interview from 2018 here. To make sure you can access Music Week wherever you are, sign up to our digital issue by clicking here.