Kidz Bop Kids back for more in Q4 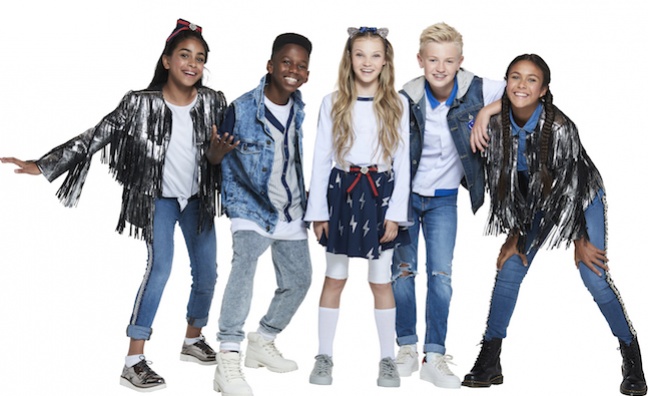 Kidz Bop 2019 is set to be released on December 7 and will feature new member, Mia, who sings Ariana Grande’s No Tears Left To Cry. The 13-year-old joins the group after staring in West End show Matilda.

Kidz Bop 2019 will feature family-friendly versions of this year’s most popular pop hits including One Kiss, In My Feelings, 2002 and Girls Like You.

Music videos for No Tears Left To Cry, Paradise and One Kiss are among those produced for the album campaign. The videos will be available on the UK Kidz Bop YouTube Channel as well as all Sky Kids platforms.

Victor Zaraya, Kidz Bop president, said: “Kidz Bop is for everyone who loves music, and we have a special connection with kids and families. We are looking forward to expanding in the UK and beyond.”

Kidz Bop Kids have also announced their first ever headline show, which will take place at the Eventim Apollo in Hammersmith on April 20, 2019. General tickets will go on Sale December 7.

Simon Barnabas, MD, Universal Music On Demand, said: “The success of the first three Kidz Bop albums in the UK has exceeded expectations. Not only is this fantastic, it proves the demand for this unique proposition in the current ever-evolving marketplace. We are proud of the committed and meticulous way all the team members involved have worked together to achieve these results, while upcoming activity such as the first ever UK tour dates in 2019 show that the future remains very bright as we continue to build the brand’s profile.”