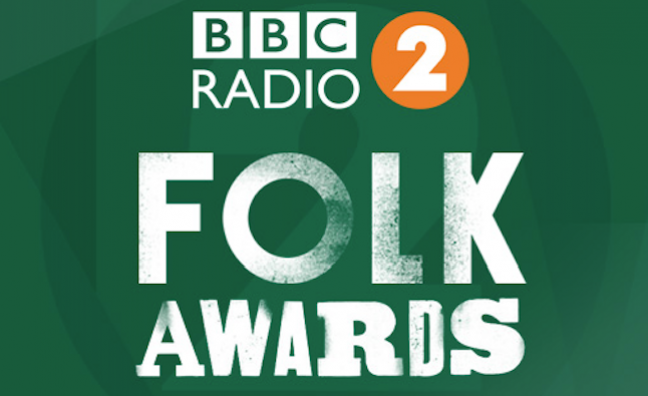 Kris Drever, The Furrow Collective and Songs Of Separation were among the winners at the 18th BBC Radio 2 Folk Awards last night (April 5).

Drever won Folk Singer Of The Year and Best Original Track for If Wishes Were Horses, while The Furrow Collective scooped Best Group and Songs Of Separation’s self-titled record was crowned Best Album. Released in January 2016, the album has sold 3,925 copies to date, according to the Official Charts Company.

Also on the winners list were Ross Ainslie and Ali Hutton, who got the Best Duo prize, Daoiri Farrell, who took the Horizon Award and Best Traditional Track, and Josie Duncan and Pablo Lafuente, who won BBC Radio 2’s Young Folk Award.

Woody Guthrie was inducted into the Hall Of Fame, while Ry Cooder and Al Stewart won Lifetime Achievement Awards.

Lewis Carnie, head of Radio 2 said: “Huge congratulations to all the winners of the Radio 2 Folk Awards 2017 – the calibre of all the nominees was outstanding. This annual event is a wonderful celebration of the vibrant folk music scene and tonight’s show was spectacular, featuring some of folk’s most long standing, biggest and newest stars which Radio 2 is committed to supporting throughout the year.”

Pick up this week’s issue of Music Week for an in-depth look at the rise of folk music in the UK, or read the piece online here. Earlier this week, head of music for BBC Radio 2 and 6 Music, Jeff Smith, told us he believes the BBC can help folk cross into the mainstream.

Highlights from The Folk Awards will be broadcast on BBC Four on Sunday April 9 at 10pm.

Check out the full list of winners from last night’s ceremony below.

Musician Of The Year
Rachel Newton

Best Original Track
If Wishes Were Horses By Kris Drever