"Kylie is going to be a defining moment for this label": BMG's Alistair Norbury on Kylie's big comeback 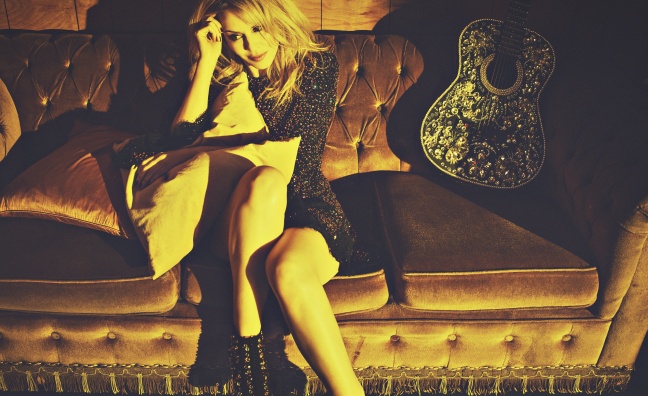 Today (April 6), Kylie Minogue releases her brand new album Golden, her first record in four years, and first for BMG. The album was first unveiled back in January with comeback single Dancing and Kylie has since performed special sets across Europe – including an intimate gig at Café De Paris in London.

Every song on Golden is co-written by Minogue, and also includes writing collaborations with Steve McEwan and Amy Wadge.

BMG CEO Hartwig Masuch already used a recent Music Week cover story to stress the importance of the release - plus the upcoming album from A Perfect Circle - to the company. Here BMG’s president, repertoire & marketing, Alistair Norbury - who replaced Alexi Cory-Smith, who left in December - gives us his thoughts on what is at stake with Kylie’s 14th album…

The Kylie album is a big test for the new BMG, isn’t it?

“Kylie is a fabulous example and is going to be a defining moment for this label. The A&R job that’s been done by Jamie Nelson with Kylie on this record is absolutely fantastic. Kylie coming to BMG was a big signal from us. We have taken our time and I feel proud that we’ve given her the space to make the record she wanted to make. We were going to put this record out last year but Jamie and Kylie decided that the record could be better. Bertelsmann as a business has a long-term view and we’re very fortunate that we’re not subject to Q4 demands. So a record that was going to come out in October last year and would have been a healthy contributor to our 2017 numbers, we decided to do more work on the record. Jamie and Kylie worked incredibly hard to spend a lot of time in Nashville working, amongst others, with BMG writers to deliver a greater record than the one we would have released. So we sit here now working with an artist who’s absolutely seen it all and has a clear vision and a creative direction, is involved with all the marketing decisions with Alli [Main] and Polly [Bhowmik], her managers. She is in this building [regularly], attends meetings and is very connected with the team here. So all eyes are on us.

"We believe this is going to be the biggest ship of a BMG record in the UK that we’ve ever had. We anticipate that it will be the biggest-selling week one record we’ve ever had on BMG UK. What is very exciting is there are four to five radio records on the album, the campaign will run for 18 months, there is a lot of excitement all around the world, there’s a very good US plan which is very exciting. Everything about this project to date has been absolutely top quality from the record to the video, the artwork and the team are doing an absolutely brilliant job in partnership with our colleagues at ADA. Retail reaction is terrific, support from media is very heartening and we’re in a very good position.”

Why did she choose BMG?

"She chose to come to BMG for a variety of reasons. It would be remiss not to say Jamie Nelson was a big factor. There are benefits of having A&Rs such as Jamie, Thomas Haimovici and Korda Marshall; people who’ve had many hit records working in a business that’s focused on established talent is a great conduit to artists. Our A&R meetings are absolutely fantastic because we’re talking to artists of this level and this team has made these records before and can make them again. She liked the BMG deal model, it’s very attractive. The young small dynamic team here and the people she met in continental Europe were very important. And she was maybe influenced by the very first meetings which were during the great success of Rick Astley. Seeing that we’d sold 300,000 Rick Astley albums was a significant marker that we’d taken an artist who’d been away for a few years and put them back where they should be. The fact we’d proven it very successfully was important.

"She took her time and I liked the fact that she was willing to make the move. I’d also say our historical relationship with Michael Gudinksi in Australia was very important, he’s a big fan of BMG and Korda and was very happy to support her decision and he’s our partner for this record in Australia. And we have the PWL and Deconstruction catalogue and she likes the way we look after those records and how we can plan the next phase of her career both as a frontline, current artist and treat the catalogue simultaneously with the same care and attention. That’s very important for an artist to feel those two key parts of their career are being looked after. The relationship is absolutely fantastic and very much driven by Jamie’s historic relationship."

Has the game changed for Kylie? We think of her as a singles artist but Dancing hasn’t cracked the Top 40 yet… Does that matter?

“Interestingly, Dancing has beaten the chart position of her last records so, even in a changing climate and in a world where streaming is becoming more important, she’s done better than on the last record. So we’re not worried about that particular metric. We would love it to be higher and we’ll continue to work to get it higher. The streaming is actually going very well. The last few campaigns she’s had, she hasn’t got on Heart and now we’re added to the playlist. We’ve got that huge Radio 2 support but having more commercial radio support is going to be a big factor. And she’s an albums artist. This record is an album, it has been made as an album. The most important thing for her is that it’s treated thus and she’s very involved in the campaign and the daily updates. I still think this can be a very significant big album.

"For us it’s important because a lot of these artists still sell substantial physical numbers. Rick Astley was 95% physical. And when you’re playing different formats and doing deluxe editions and vinyl and cassette, it’s a significant revenue stream. The support the team have procured from both Spotify and Apple for her is huge. [Initially, this was] driven by D2C and a pre-awareness campaign. The next phase of the set up involves huge support from Apple and Spotify, who definitely see her as a significant artist. They’ve heard the record and they know what’s coming. If we review this in six months’ time we may find that the singles streaming is very successful.”

BMG is nominated in the Catalogue Marketing and Publisher Of The Year categories at the 2018 Music Week Awards.

You can watch the video for Kylie’s latest single Stop Me From Falling below: