Lauryn Hill, Prince, Radiohead and beyond: The music biz picks its favourite albums 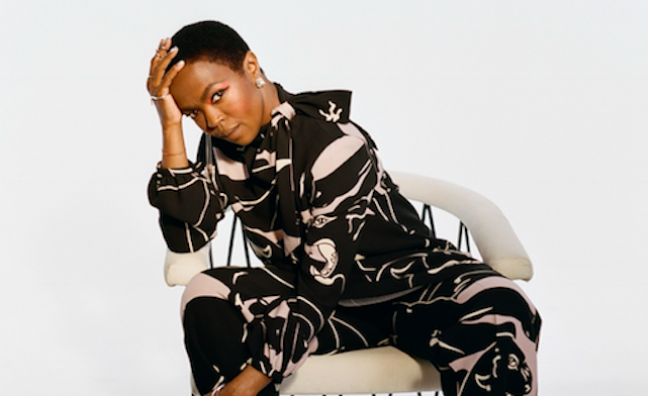 The latest edition of Music Week is dedicated to the album, to mark the first-ever National Album Day, which takes place on October 13. To celebrate, we’ve asked a host of star music names to pick the best records ever made. On our cover we have million-selling pop superstar Jess Glynne who picks her all time Top 10 records, and reveals the story behind her second album, Always In Between, which is released via Atlantic on October 12.

Elsewhere, an all-star cast that stretches from members of The 1975, Mumford & Sons and Radiohead, to Carla Marie Williams, Lily Allen and Rebecca Allen, collate a list of the music world’s favourite albums.

Here are just a few of the records that changed the lives of some top names in the biz...

“It’s so difficult to choose just one! There are certain artists I really love, from the likes of Nina Simone and Laura Marling to James Blake and David Bowie. But if I had to pick a particular body of work and album itself, it would have to be Frightened Rabbit’s The Midnight Organ Fight. I was lucky enough to see it played live on its 10th anniversary at the beginning of the year and it was an incredibly moving experience. I’m still deeply saddened by the loss of Scott Hutchison, but I will definitely treasure that album forever.”

“It was the first time that I saw my future identity, a big musical thing for me. It was faded splendour, major music that came from the most alternative place I could ever imagine. It was music that made me want to cry, pop songs that were drowning. It blew my mind. That big major chord progressions could be delivered in that way, I realised I could get everything out of music that I wanted.”

"The idea of National Album Day I suggested to Iain McNay, founder of legendary indie Cherry Red Records, at a BPI Physical Committeee two years ago as I have been lucky enough to be able to pass on the love of the album to my children. I wanted to ensure that the format would continue to thrive whatever the technology distributing it. Iain championed the idea at the BPI and made it a reality. I asked Alice Cooper to be ambassador for the day as I knew he was someone who was passionate about the format and could talk on what it meant as an artist to him and speak across the generations. My own personal album choice is Kraftwerk Trans-Europe Express. The album is a perfect example of how artists when harnessing the latest technology can create something bold and new. I believe they will continue to wish to make albums and the concept will renew itself as technology advances. This album was inspired by both classical music and a love of the concept of Europe, and has in turn been inspiring to the likes of Joy Division, Jay-Z, Radiohead, Afrika Bambaata and David Bowie. It certainly was an inspiration to me to find a way into the music industry, and I was lucky to work with Ralf Hutter at EMI a few years later as the band's PR for their Electric Cafe album.”

“I was 16 when it came out and it was the first album I became so obsessed with that it was the only thing I listened to for almost a year. Now, every time I go back, I know why. I guess the ones that had come out before that had always felt like hand-me-downs from my brother, whereas that one felt like mine.”

“It's impossible [to pick] an all-time favourite, but Led Zeppelin III is up there.  A banger of a record and one of the first things my dad ever played me as a kid. Immigrant Song as an opening track... you can’t get better than that.”

“My sister gave me his first album, For You, because she only liked the singles. From there he just kept growing and by the time Dirty Mind came out he got more and more rebellious. I was rebellious at that time because rap was just starting to creep into the world and it described my attitude. From Prince’s perspective, it was the same attitude just not in the rap format, it was so no holds barred, not giving a fuck, and he was political, saying fuck the war and and so very on-point and against the people that don’t have a voice of their own or even the balls to say what he said or dress like he dressed. It was a very bold statement. His music was dope even if you didn’t know what he looked like or sounded like, you still could relate to his music. It’s an incredible album. His death was a huge loss.”

“I’ll go for The Stone Roses self-titled album. I remember the first time a mate played it to me and something just clicked. I still listen to it all the time!”

“I was 12 and I won a music scholarship for which I got a prize of some vouchers, so I went and spent it on CDs. This is one of the albums that I picked, and I constantly listen to this recording. It’s just one of my favourite recordings. It was conducted by Leonard Bernstein and there was a wonderful TV show that went with it. It’s a very Becky Allen sort of album!”

"The production and the songwriting seriously stand the test of time and it sounds as fresh and powerful as ever. Since then, they’ve kept on making relevant and important albums and are endlessly touring the world in a fresh and exiting way. Ever-reinventing. That’s the kind of career we want for Nadine Shah."

“At this moment in time, it’s Moon Safari. It’s a beautiful album. It’s a soundscape, it takes you from point A to point Z before you’ve even realised it’s begun. It’s full of tunes, it’s stood the test of time. It sounded futuristic when it first came out, it will remain futuristic, it’s just so French in how cool it is without even trying. I put it on when I’m about to take off when I fly.”

“It’s a classic, but it was also an album that changed things for me, it shifted the way I thought about everything. I really loved Linkin Park because they had the classic rock sound within them, but then they also had something else in the rapping – they crossed over with so many other genres that I had a liking for. Chester Bennington's was the first voice I ever heard where I thought, ‘How is he doing that thing where he sounds like he’s shouting, but it’s controlled?’. I don’t know if there will be anybody quite like him again. Hybrid Theory was a catalyst moment, I had an epiphany of, ‘Oh fuck, I want to be a musician’. This record was a generation-defining moment.”

Josh Franceschi (vocals, You Me At Six)

“It came in my life at one of those perfect times. I was a young, musical theatre kid being really frustrated because even though it was a very inclusive community, I was never getting the roles I wanted in all the high school productions. All the straight kids were getting the roles even though they weren’t half as talented, just because they were ‘butch’. Then to come across this singer-songwriter speaking such truth to me, being so unashamedly queer, hearing all the different pronouns and hearing the energy and the passion and the lyrical mastery – I honestly think of Ani as one of the greatest American lyricists of all time. So not only is the album just amazing, but it came around right at the time I needed it, and I realised, ‘Oh, wait – I’m a songwriter and not a chorus boy.’”

Subscribers can read our full Jess Glynne interview here, and check out her 10 favourite albums of all time here. The full list of music biz album choices is available here.