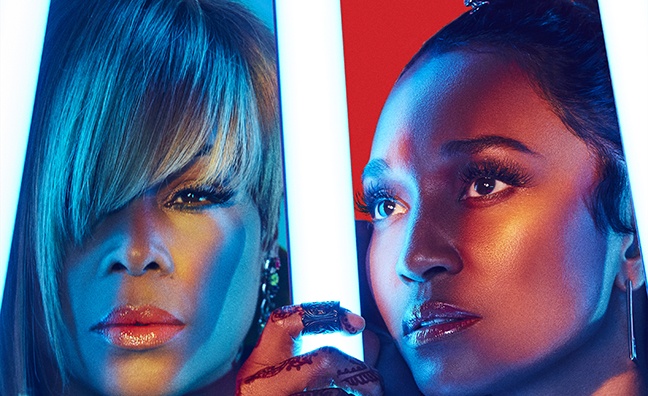 Today (June 29), multi-million selling R&B group TLC release their long-awaited fifth studio album. Their self-titled outing, released on their own 852 Musiq label, with distribution arranged through different deals in different parts of the world, including Cooking Vinyl in the UK, will be their first since 2002’s TLC3D. It is also the first full album to be recorded by TLC as a duo, the group now consisting of Tionne ‘T-Boz’ Watkins and Rozonda ‘Chilli’ Thomas, following the passing of Lisa ‘Left Eye’ Lopes in 2002. Earlier in the year, Music Week spoke to TLC manager Bill Diggins about their comeback, here he sheds more light on their campaign…

TLC played their first ever UK show earlier this year, how do you feel it went?

“They showed up and showed out, I think everybody was really happy with the performance. What we really wanted was to show was where the girls are today. It was really interesting because it was the first time we’ve performed the new songs in their entirety - we performed one in Japan and one in Australia. To put them into the set side-by-side really flowed well - they stood up to Waterfalls or Creep. Everybody was really pleased.”

What are the goals for the album?

“The main goal is to have created a body of work that would stand up to the work that they created in the past. My second goal was introducing the new TLC as Chili and Tionne in a big way.”

Will Left Eye be present in any form on the record?

“She’ll be present on it, but won’t be featured. When we produced 3D, the album we were making when Left Eye died, we spent an enormous amount of time going in and reviewing everything we could to try and put her voice to the record. It just didn’t work. Also, we were tapped out with any of the rights we had - anything that was recorded on Sony at the time we just don’t have rights to. The opinion was if we can’t do it great, don’t do it. But her presence is there, they always honour Left Eye at every show. She’s never forgotten, she’s their sister. As you can see in their live performances, she’s certainly present and loved by the audience.”

The album came about via Kickstarter - why go that route?

“Once it was determined that we’d do a record, it was [a question of], How are we going to this? I felt that if they were willing to do this, we had to take the responsibility of controlling every aspect, like, This is your project, your life and you don’t have an A&R person telling you what to do, or a president of a company telling you how this doesn’t fit into a radio format. I said the way we needed to do this was to take ownership: that is your cost of freedom. They didn’t want to do it when I first brought it up to them, they were very concerned about going out to the market because they felt the perception would be that they couldn’t get a major label deal.”

Which presumably they could…

“For sure. We would have had no problem getting a major label deal, but it was all of the baggage you have going in and dealing with that and it just wasn’t where we wanted to be.”

It is being billed as their final LP, is that really true?

“You never know the outcome, they really wanted to make this their final album - to put everything they could into this. It won’t be the end of TLC - TLC will be a touring entity, but I think as far as an album goes, at this point, this will be their last album.”

You can watch the video for TLC's comeback single Way Back below: