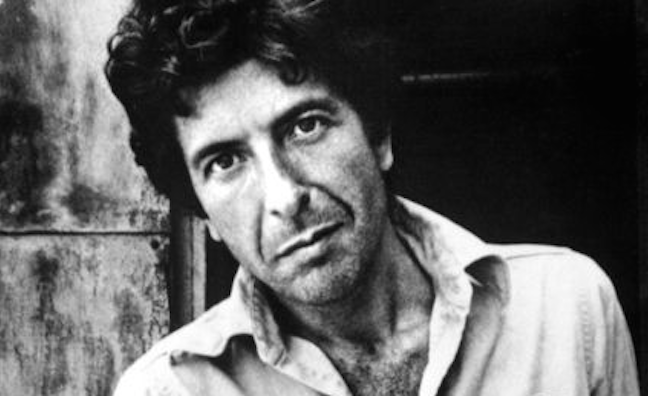 Leonard Cohen is set to be the subject of a new documentary by director Nick Broomfield.

Marianne And Leonard: Words Of Love, released on July 26, will chart the late songwriter and poet's relationship with Marianne Ihlen, which began when he was living on the Greek island of Hydra in 1960.

Broomfield, who has also made the music films Whitney: Can I Be Me?, Biggie & Tupac and Kurt & Courtney, met Ihlen himself, aged 20, and became aware of the pair's story.

The film, which will chronicle the relationship and Cohen's subsequent career, uses talking heads and unseen archival footage to retell the love story between the musician and the woman who inspired a number of his songs, including Bird On A Wire and So Long, Marianne.

Read Music Week's look at the current documentary boom and how the music biz can make the most of interest in longform film storytelling.