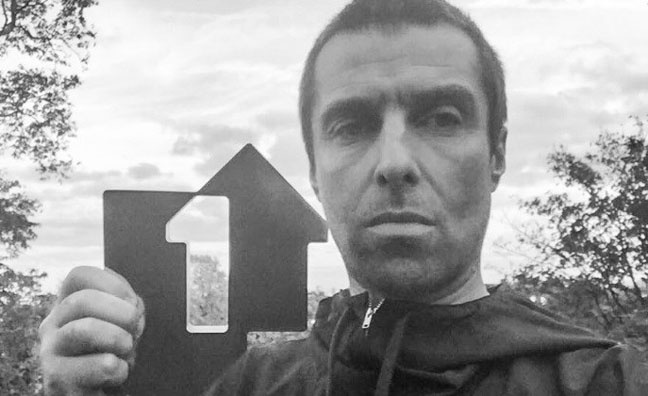 Liam Gallagher has become only the fourth artist to sell more than 100,000 albums in a week in the UK this year.

Released via Warner Bros UK, As You Were went gold to top the Official Albums Chart on the back of combined first-week sales of 102,660. Outselling the rest of the Top 15 combined; it was both the best-selling and most streamed album of the week and is the third fastest-seller of 2017 to date behind Ed Sheeran’s ÷, Rag’N’Bone Man’s Human and Take That's Wonderland.

The album also scored the biggest one-week vinyl sale in over 20 years, with 16,000 sales, topping the Official Vinyl Albums Chart and Official Record Store Chart in the process.

As You Were gives Gallagher his ninth No.1 album, the other eight being as frontman of Oasis. Oasis greatest hits set Time Flies jumps 17 slots to No.15 this week, while the singer also has three entries in the Official Singles Chart – For What It’s Worth (No.33), Greedy Soul (No.56) and Bold (No.60).

Speaking to Music Week in Berlin ahead of As You Were’s release, Gallagher said: “It would be nice to be No.1 but I’ll take anything. Just because it’s No.3 or No.5 doesn’t mean that this is a bad record and I’ll wash my hands of it, and then I’ll never want fucking anything to do with it ever again. It’ll still be fucking close to my heart, but it would be nice to be No.1.”