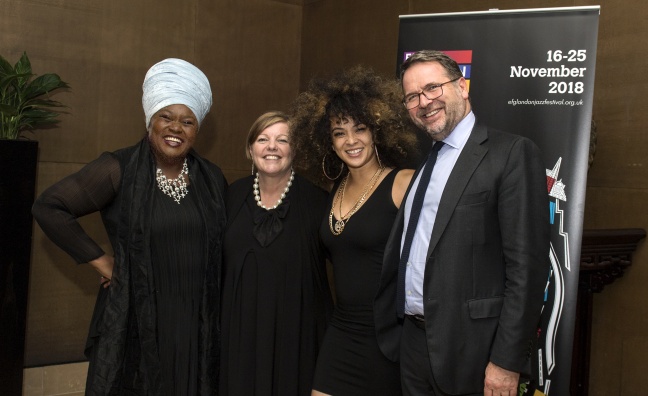 Now in its 26th year the event, which runs from November 16-25, is the capital’s largest city-wide festival, starring over 2,000 artists. It will feature more than 325 performances in concert halls, clubs, at family events, free concerts, films and talks, in over 70 venues across London.

John Williamson, chair of EFG International, said: “2018 also marks the 10th anniversary of our partnership with the EFG London Jazz Festival, during which time we have seen the festival go from strength to strength.As an organisation, we aspire to share and celebrate the distinctive qualities which make jazz such an exceptional art form, embracing creativity and innovation, freedom of individual and collective expression, diversity and collaboration. Through our sponsorship programmes we also strive to help up and coming talent establish their voice on a global stage.”

The long-running partnership has been renewed until 2023.

Claire Whitaker, director of festival producer Serious, said: “We are delighted that EFG Private Bank has renewed their partnership with the festival. EFG and Serious share a passion for jazz, the excellence of the music and the diversity of the audiences it attracts. We are thrilled that their commitment to the music we love ensures that the reach and scale of the festival can be sustained and supports the next generation of talent.”

The full 2018 programme was unveiled at a launch party held at the Mayfair Hotel earlier this week. It will open with its signature gala performance, Jazz Voice, where Guy Barker’s 42-piece orchestra teams up with a number of vocalists in a celebration of song, hosted by Jumoké Fashola. This year’s line-up includes acts such as Laila Biali, Allan Harris, Deva Mahal, Anthony Strong, Zara McFarlane and Lisa Stansfield.