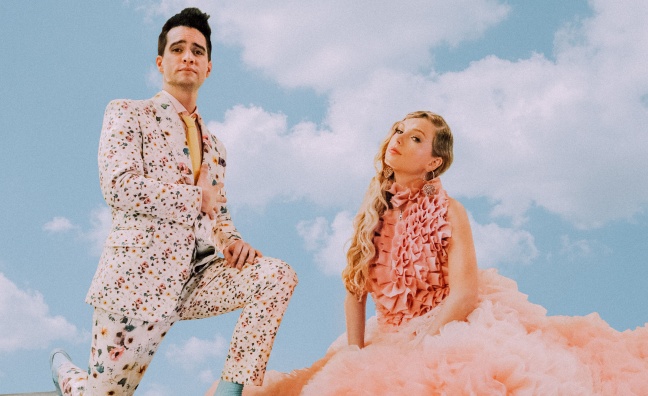 Taylor Swift’s Me! has sent some more records tumbling after a big first week.

The US superstar’s big comeback single, featuring Brendon Urie of Panic! At The Disco, entered the UK Singles Chart at No.3 today, behind Stormzy’s Vossi Bop and Lil Nas X’s Old Town Road. But it did become only the fifth ever song – and the first by an international female artist – to crash in at No.1 on the UK airplay chart.

The Me! video, which broke records on YouTube and Vevo in its first 24 hours, has now also become the fastest ever video to reach 100m views on Vevo. Me! reached the target in 79 hours, beating the previous record set by Ariana Grande’s Thank U, Next.

JP Evangelista, Vevo SVP of content, programming & marketing said: “Taylor has consistently demonstrated the ability to break records on Vevo. She continues to expand upon a deep history of incredibly striking audio-visual work. Likewise, director Dave Meyers continues a storied career as one of the premier music video directors in our industry. On behalf of the Vevo family, we congratulate Taylor Swift and Republic Records on yet another historic accomplishment."

On the UK singles chart, Swift may have missed out on the top spot but Me! did clock up her biggest UK singles sales week ever. Her total of 65,761 – enough for a No.1 most weeks – surpassed the 65,415 sold by Look What You Made Me Do when it became her only UK No.1 single to date in 2017.

Swift was ahead of Stormzy on downloads, posting 14,479, but lost out on streams, although Me! had a big total of its own, posting 8,469,461 streams across audio and video.