Megaman on how 21 Seconds changed the UK scene 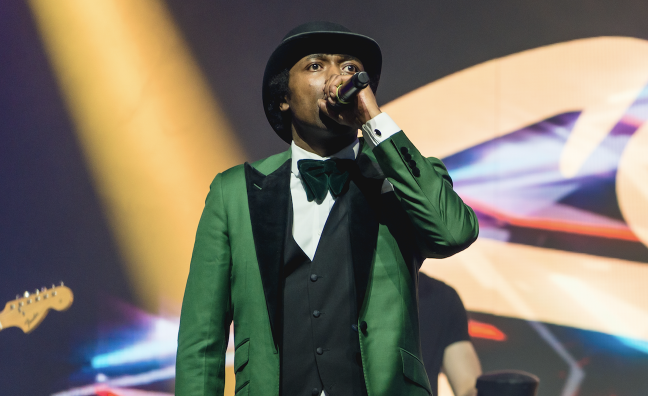 Megaman has told Music Week that the UK music industry had “never seen anything like So Solid Crew” when 21 Seconds went to No.1

The South London collective’s trademark hit turns 20 this year, and they released a new 21 Seconds EP and played a celebratory show at London’s O2 Forum (pictured above) to mark the occasion.

Megaman, who put the group together way back when, was speaking to Music Week to tell the story of 21 Seconds – which debuted at No.1 and has 581,224 UK sales to date, according to the Official Charts Company – for this week’s edition of Hitmakers.

“I had a publishing deal with EMI Music, respect to Guy Moot, a big legend in the business,” Megaman said. “So I got a studio in central London and everybody came down and wanted to write their bars, but no-one wanted to go first on the track. That is why my lyric starts the song, out of frustration.”

Megaman revealed that he believes the song’s success hinged on its video, which was directed by Max Giwa and Dania Pasquini.

The 21 Seconds video catapulted us into that next league

“The feel and energy were missing in the first draft,” he said. “We went back to the drawing board and I approved every still, it must have taken a day-and-a-half. The label saw it and said, ‘What a fucking movie.’”

Relentless Records hired a cinema in Leicester Square for the premiere, an event Megaman says proved a landmark occasion.

“Everybody got it, the visual sold what the song turned out to be. That’s what catapulted us into that next league, nobody had seen [anything] like that before,” he said.

“There were no urban, street kids in crazy numbers doing something like that on screen. If it wasn’t for the video, I don’t know how the song would have panned out. It’s a great song, but other things made it priceless.”

Megaman said So Solid Crew “stuck out like a sore thumb, the first urban act of the millennium”.

“We were kids doing raw music that everybody in the street could relate to,” he added. “With the vision, drive and impact we had, we told the label, ‘Boy, you’re getting a bargain.’”