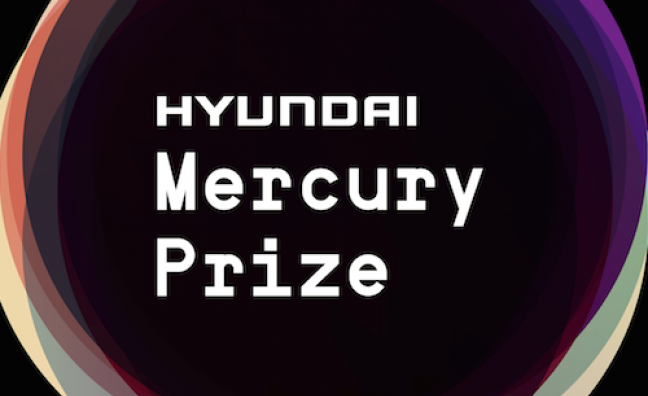 The Mercury Prize will return for its 25th anniversary on Thursday, September 15 at the Eventim Apollo - with a new headline sponsor, new judges and a fan vote process to boot.

Hyundai Motor has signed for an initial three-year agreement to be title partner, replacing Barclaycard. BBC Music is also official broadcast partner for a second year.

The 12-strong shortlist for the Hyundai Mercury Prize will be announced on Thursday, August 4 at an Albums Of The Year launch event, as well as broadcast live on BBC Radio 6 Music. The event will be immediately by an online poll, enabling fans to select the first of six finalists from the shortlist.

The Mercury Prize event itself will, as in previous years, feature live performances from the six finalists, as well as a special collaboration to mark the Prize’s 25th Anniversary. For the second year, BBC Music will provide live television and radio coverage of the event on BBC Four and 6 Music.

Dan Ford, managing director of the Hyundai Mercury Prize said: “2016 marks the start of a new era of innovation for the Mercury Prize, as we begin a dynamic new partnership with Hyundai. We are particularly excited about the evolution of the judging process, including the introduction of a diverse new panel and a fan poll. The changes will enable music fans to play a part in the process for the first time, whilst ensuring that the Prize maintains its reputation for celebrating the best British and Irish albums, based solely on artistic merit.”

David Pugh, marketing director, Hyundai Motor UK Ltd said: “Hyundai Motor is proud to be part of the continuing history of the Mercury Prize as its new title sponsor. We love the fact that this strong and relevant partnership reflects the pioneering spirit of our brand by celebrating and promoting innovation in music, bringing the best of the UK and Irish scene to the world.”